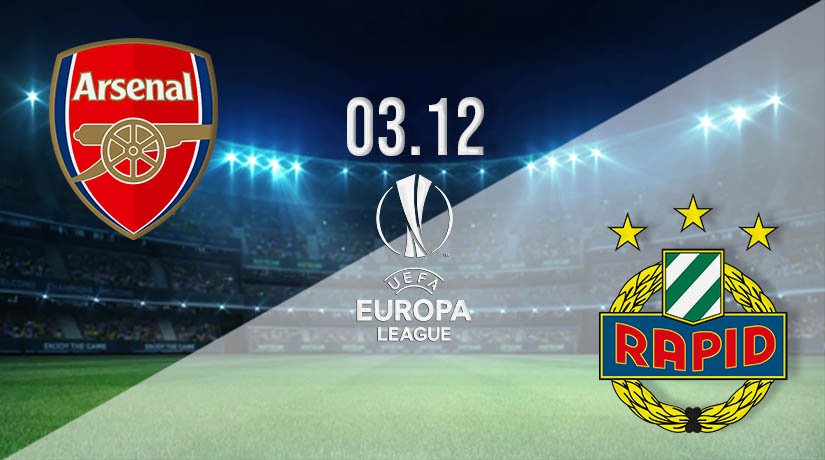 Arsenal have already book their place in the next round of the Europa League, but Mikel Arteta will need a big win from his side in this game as the speculation regarding his long-term future persists.

Arsenal’s best performances this season have come in the Europa League this season, and they will be looking to continue that strong form with another win against Rapid Vienna on Thursday night. The Gunners have won all four games in this competition so far, and have scored 12 goals in the process. Arsenal have conceded just two goals, but there will be pressure on the Gunners coming into this fixture as they have been hugely disappointing in the Premier League over recent weeks. Arsenal were beaten again in the league this past weekend by Wolverhampton Wanderers, as the Gunners remain in the bottom half of the league table. The Gunners were great in their last European fixture, as they beat Molde 3-0 away from home. All of the goals in that game came in the second half, with Nicolas Pepe, Reiss Nelson and Folarin Balogun scoring in the comfortable win.

Rapid Vienna look to be in a straight fight with Molde for second spot in the league standings, and their recent form in Europe has been strong. They have won both of their most recent fixtures, and it already looks as though the final game will be pivotal to both of the sides looking to secure second spot. Rapid Vienna have beaten Dundalk in each of their last two games, and have scored seven goals in these two games. The most recent win was away from home, with Ercan Kara scoring twice in a 3-1 win. However, this will be a completely different challenge for Vienna.

There are a few injury concerns for the travelling side, as they will be without Phillip Schobesberger, Dejan Petrovic and Dejan Ljubicic for this game. The Gunners will still be without Thomas Partey and Sead Kolasinac for this game in the Europa League.

Rapid Vienna have been dominant in their last two matches in the Europa League, but that run of form will likely come to an end against the Gunners this week. Arteta can not afford to lose this game, and we expect Arsenal to run out comfortable winners.

Make sure to bet on Arsenal vs Rapid Vienna with 22Bet!