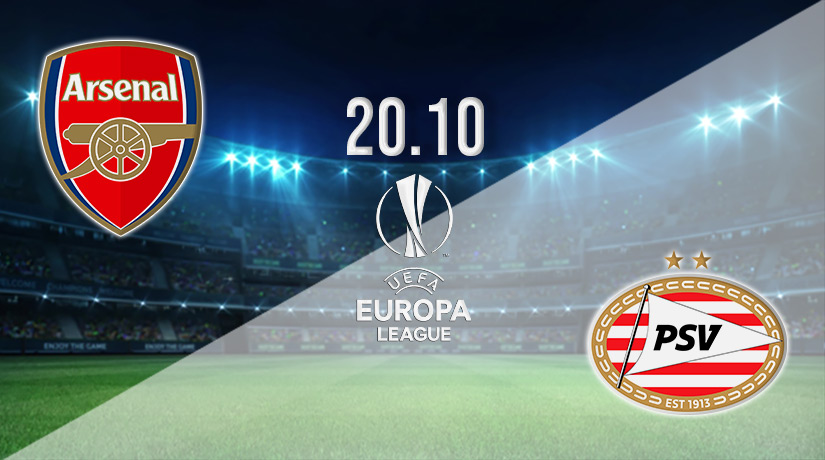 The re-arranged game in the Europa League between Arsenal and PSV takes place on Thursday. Both sides are looking good value to reach the next round of the competition, but a victory for the Gunners could book their place in the knockout round this week.

Arsenal’s long-awaited home fixture against PSV takes place this Thursday, as the original date was called off following the death of Queen Elizabeth. The Gunners have been in excellent form in the Europa League throughout the competition this year, as they have picked up victories in all three fixtures that they have played.

Arsenal will be looking for a fourth win on the bounce this week, but PSV will likely be the most difficult test that they have faced to this point. The Gunners have scored six goals in the fixtures that they have played to this point, and they have conceded just one goal. They maintained their perfect start to the group last week, as they recorded a 1-0 win away from home against Bodo/Glimt, with Bukayo Saka scoring the only goal in the win.

In all likelihood, PSV is the only team that could stop the Gunners from winning Group A, but they will need to win this meeting between the sides to remain within striking distance. The Dutch side has won two of the three group games that they have played this season, but they boast the best attacking and defensive records in Group A.

The Dutch side were extremely comfortable winners in their previous Europa League fixture, as they recorded a 5-0 home win against FC Zurich. Joey Veerman scored twice in that win, while further goals were added by Ibrahim Sangare, Anwar El Ghazi and Erick Gutierrez.

Arsenal vs PSV Head to Head

The previous six fixtures between the sides have taken place in the Champions League, with PSV going the last three without defeat. During that run, they have picked up one victory and two draws. PSV’s record away from home against English opposition isn’t strong, as they have picked up just one win from their previous eleven visits.

Arsenal has looked incredibly strong in the Europa League to this point, and they look extremely hard to oppose at home against PSV this week. We could see the Gunners making it four wins from four in the completion with a 3-1 success against their Dutch rivals.

Make sure to bet on Arsenal vs PSV with 22Bet!