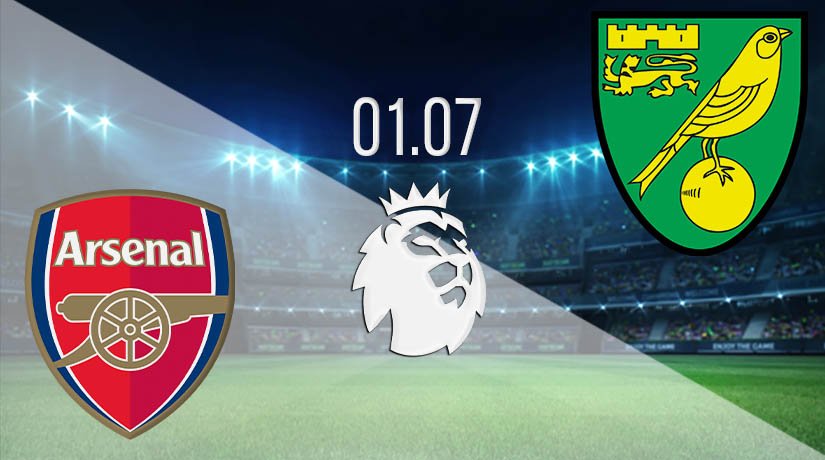 The Premier League continues on Tuesday evening with a clash between Norwich City and Arsenal. Both sides are at opposite ends of the league table, with Norwich City desperately looking for points to close the gap between themselves and the rest of the teams in the relegation picture.

Arsenal have been in strange form since the Premier League resumed, as they have been beaten by Manchester City and Brighton & Hove Albion. David Luiz endured one of the worst performances of the season in that City defeat but much to the annoyance of fans, he was rewarded with a new contract. However, there have been glimpses for Arsenal fans to get excited about, as they claimed a first away league win under Mikel Arteta in their last game in the league against Southampton.

Eddie Nketiah and Joe Willock scored the goals in that success. They managed to get two wins on the bounce over the weekend, as they edged past Sheffield United in the FA Cup, with Dani Ceballos scoring the match-winning goal in the 91st minute to secure Arsenal’s place in the semi-finals of the competition. Regardless, there is still work to be done for the Gunners this season.

Norwich City also have work to do if they are to reclaim their spot in the Premier League for next season. They are current six points away from safety with seven games to go. The Canaries will need to start picking up wins if they have any chance of survival. However, the form of the teams ahead of them would certainly indicate that they have a chance, as none of the teams in the bottom five have won a match yet since the restart. Norwich would have taken positives from their FA Cup quarterfinal defeat against Manchester United, with Harry Maguire scoring the winner deep into extra time to break the Norwich resistance.

Arsenal have a dominant record against Norwich City as they have won five of the previous seven. Norwich’s last win against Arsenal came in 2012, while they haven’t won away at Arsenal since 1992. The meeting earlier in the season was a 2-2 draw.

Norwich were much-improved against United over the weekend, while Arsenal once again stuttered over the line. However, if the Gunners are anywhere near their best in this fixture, then it is hard to see past them getting the three points.

Make sure to bet on Arsenal vs Norwich City with 22Bet!