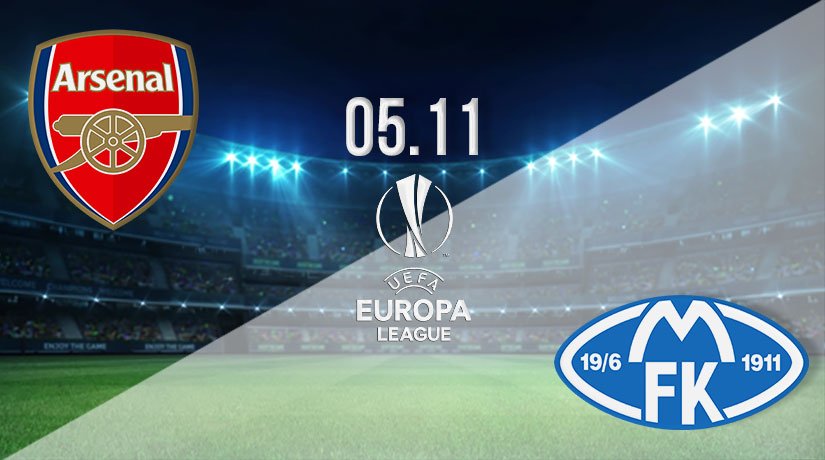 Two sides that have started the Europa League with two wins from two will meet at the Emirates on Thursday night. But, will it be Arsenal or Molde that are leading Group B after the match?

Arsenal will be looking to continue their excellent start to the Europa League on Thursday night, as they will be hoping to win their third successive game in the competition. Arsenal are already considered to be one of the outright favourites to win the competition this season, and they have done little to hinder their chances by winning their opening two fixtures.

The Gunners have scored five goals in the two games so far, and have conceded just once. Their wins so far have come against Rapid Vienna and Dundalk. The win against Rapid Vienna was their first in the competition, with David Luiz and Pierre-Emerick Aubameyang scoring the goals in the win. That success was followed up with a more comprehensive result against Dundalk, as the Gunners ran out 3-0 winners. Eddie Nketiah, Joe Willock and Nicolas Pepe scored the goals in that comfortable evening at the Emirates for Arsenal.

Arsenal had success against Ole Gunnar Solskjaer’s current side at the weekend, and they will now be looking for another win against the Norwegian’s former side. Molde have started this Europa League campaign in excellent form, and they have already put down a marker that they have a desire to finish in the top two of group. They opened the season with a 2-1 win against Dundalk, with Etzaz Hussain and Ohi Omoijuanfo scoring the goals for the travelling side as they came from behind to take the three points. That success was followed up with a win in their most recent Europa League game against Rapid Vienna, with Omoijuanfo scoring the only goal in the 1-0 win.

The Gunners will be missing David Luiz for this fixture. Meanwhile, Gabriel Martinelli, Pablo Mari and Calum Chambers also remain out. Molde have no fresh injury concerns, but they will be without Kristoffer Haraldseid, who is out for the season.

This could be a trickier fixture than Arsenal may have thought when the draw was made over a month ago. However, it’s still incredibly hard to see them getting beat by Molde, which means that the preference remains for the home side.

Make sure to bet on Arsenal vs Molde with 22Bet!