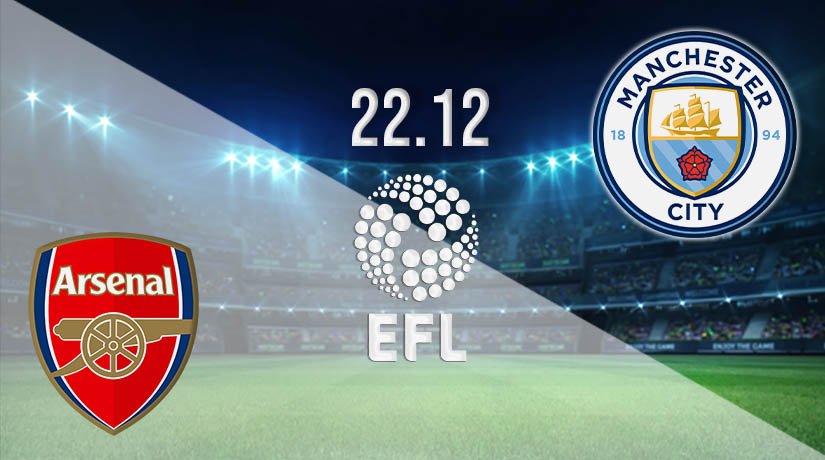 Tuesday brings two quarter-final matches from the EFL Cup with the star attraction pairing Premier League rivals Arsenal and Manchester City. The Gunners enjoy home advantage and will be eager to leave their league worries at the door and enjoy the distraction of cup football knowing victory would send them through to the semi-finals and a return to Wembley.

The stats attached to this fixture makes for interesting reading and could give followers an idea of how this game may play out. The Gunners lead the head-to-head charts on 98 wins against the Cityzens on 58 and 45 draws. The most recent game involving the teams at the Emirates ended in a 3-0 away win last year. Kevin De Bruyne netted a double that day with the spare scored by Raheem Sterling.

Newspaper reports this month suggest Arsenal boss Mikel Arteta’s job is hanging by a thread as the board prepare to cut short their experiment. The former Gunners player is in his first job as the boss, but recent results would suggest he’s in way over his head. The home team failed to win 10 of their first 14 league games, conceding 18 goals in the process. They have conceded fewer than league leaders Liverpool but have struggled to score.

The North London side set-up for this game having taken just one of the last 15 league points available to them and they were beaten by Everton at the weekend. Their tally of 14 points means the home team are just four better than the relegation zone. Many fans have already seen enough.

Cityzens on an unbeaten run

Man City started the week in seventh in the league with six wins and five draws against two defeats, scoring 19 goals while conceding just 12. Not the form you would expect from a side challenging for the title, but they remain within touching distance of the top-four and have a game in hand over the leaders. If City can start turning draws into wins, they’ll have every chance of toppling Liverpool.

The visitors arrive at the Emirates on an eye-catching unbeaten run made up of three wins and two draws. Confidence is returning to the squad and they are experienced enough to understand results at this time of year are vital in their quest for silverware. Man City will know all about the problems suffered by their hosts, but they will also have no hesitation in making things much worse.

The pressure is on these Arsenal players to respond to their recent woeful form and score a big win over a strong opponent. Critics suggest the squad lacks the fight and skill needed to compete in the and a complete overhaul is needed. Man City are poised to strike but know how important it is to keep their run going.

Make sure to bet on Arsenal vs Man City with 22Bet!