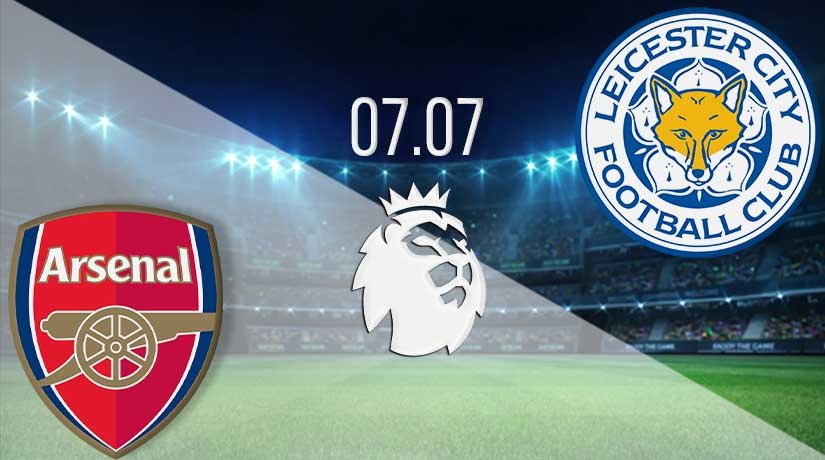 The battle to finish in the top-four of the Premier League will be a focus in the top-flight this week, as Arsenal and Leicester City go head-to-head. The Gunners returned to form this past weekend, but will they be able to claim another big success against the Foxes?

Leicester City still have their target of finishing in the Champions League places within their sights but their recent form has left them clinging onto their third spot in the league. The form of Manchester United has also seen the difference between fifth and third cut to just three points, which means that this fixture against Arsenal is almost must-win for the Foxes. There was a welcome return to form for the Foxes in their last Premier League outing, as they claimed a first win since the restart against Crystal Palace.

Jamie Vardy scored a brace in that victory, and he has now surpassed the 100-goal total in the Premier League. However, the Foxes are going to need to match that intensity in all five remaining games to ensure that they finish in the Champions League places this season.

It would seem as though Arsenal have really turned a corner ahead of the final five games of the season, as Mikel Arteta’s side have now won their last three in the Premier League and their last four in all competitions. The Gunners may have hope of finishing in the Europa League places, and their success against Wolverhampton Wanderers in their last game highlighted that they could be good value for that. It was one of Arsenal’s best performances of the season in that game as they won 2-0 thanks to goals from Bukayo Sako and Alexandre Lacazette.

It’s fair to say that this isn’t a fixture that the Gunners look forward to, as they have lost three of the previous four meetings. Arsenal have also lost the previous two against the Foxes, and they are yet to score a goal in this fixture since their 3-1 win in 2018. However, the Gunners haven’t lost to the Foxes at home since 1973.

This is a huge fixture for Leicester City, and there is a feeling that they need to get at least a point from this game. Defeat at the Emirates could see the Foxes end the round level on points with Manchester United. The preference is for the draw.

Make sure to bet on Arsenal vs Leicester City with 22Bet!