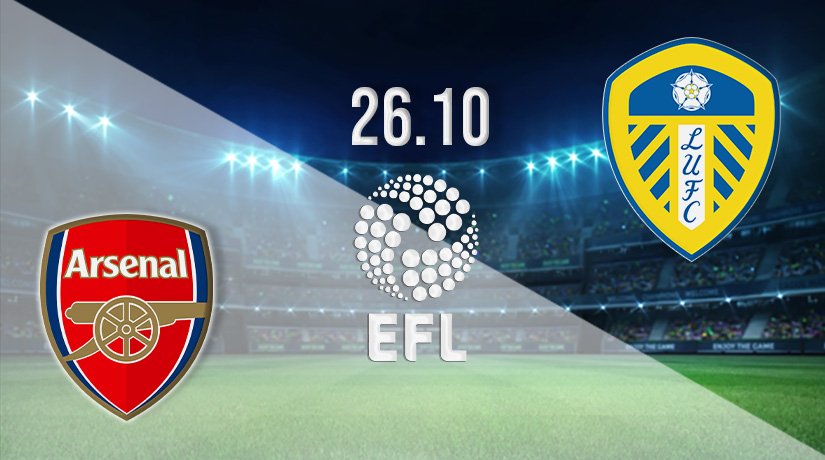 Just 16 teams are left standings in the League Cup this season, and a place in the last eight will be up for grabs this week. Arsenal will be looking to win a second trophy under Mikel Arteta, but they will need to see off the challenge of Leeds United if they are to achieve that.

Both sides have shown excellent performances in the EFL Cup to this point, as neither Leeds or Arsenal have conceded a goal in the two games that they have played.

The Gunners haven’t broken a sweat in reaching the round of 16, as they have seen off two clubs from the Football League in emphatic fashion. In the second round, Arsenal beat West Bromwich Albion with ease, as they cruised to a 6-0 win at the Hawthorns. Pierre Emerick Aubameyang scored his first goals of the new season in that win, as he struck a hat-trick.

Nicolas Pepe, Alexandre Lacazette and Bukayo Sako added further goals. There was also a routine win in the last round, as the Gunners saw off Wimbledon at the Emirates, with Lacazette, Eddie Nketiah and Emile Smith Rowe scoring in a 3-0 victory.

This will also be the first time in the competition that Leeds will come up against Premier League opposition. The Whites saw off Crewe at Elland Road in the second round, with Jack Harrison scoring a brace in the final five minutes.

Kalvin Phillips also scored in the win, as he broke the deadlock after 79 minutes. They needed to ride their luck in the last round, as Leeds progressed after winning 6-5 on penalties, after Fulham held them to a 0-0 draw.

The Gunners and Leeds have met on six occasions since the start of the 2010-11 season. Four of the matches have come in FA Cup fixtures, with the Gunners progressing in three of the ties since the Whites forced a replay in the 2011 season. The Gunners also won the last Premier League fixture between the sides in February, claiming a 4-2 victory.

Arsenal have been a very good cup side throughout Mikel Arteta’s reign as manager. Home advantage could be telling for them, as they make it through to the next round with a hard-fought victory at the Emirates.