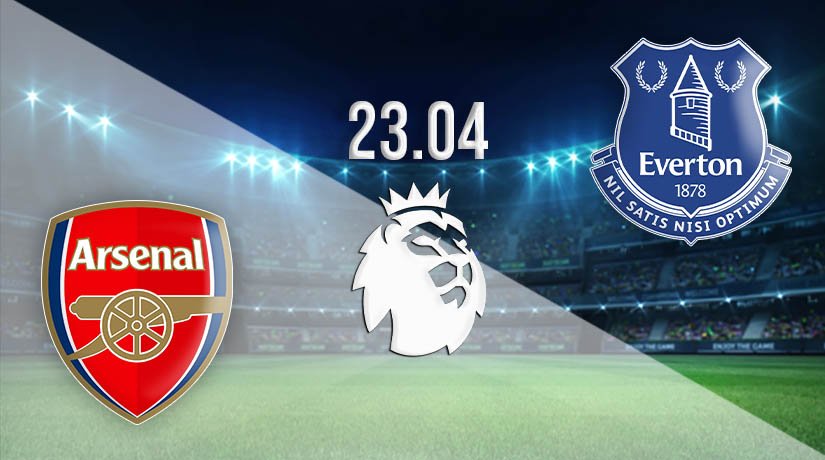 Arsenal will be looking to put all the talk of a European Super League behind them on Friday evening as they return to domestic action to take on Everton.

It has been a week full of negative headlines for the Gunners, but they will be able to show that they remain a dominant force on the pitch when they take on Everton. A win for Mikel Arteta’s side could improve their chances of securing a place in the Europa League this term. Three points would take them above Everton and within a point of Liverpool. The win would also close to within four of Liverpool, who are currently in sixth place in the standings. Arsenal’s form has been steady coming into this fixture, as they have lost once in their previous six fixtures. However, they have won just twice during the same run of fixtures. The Gunners were held in their last Premier League fixture by Fulham. Arsenal were hugely fortunate to come away from that game with the point, as Eddie Nketiah scored a 97th minute equaliser against the struggling Cottagers.

Everton’s chances of European football have taken a huge hit over their past five league outings. They haven’t won in five, and have been held in their previous three. The Toffees are now six points off fourth placed Chelsea, and could end the coming weekend as low as tenth in the standings depending on other results across the division. Everton would have been frustrated that they didn’t get three points in their last league game, as they threw away a 2-1 lead against Tottenham Hotspur. Gylfi Sigurdsson scored twice in the draw for the Toffees, but Harry Kane equalised just six minutes after the Toffees got their noses in front.

Arsenal vs Everton Head To Head

Everton won the previous game between the two sides 2-1 at Goodison Park. That victory was the second time in the previous four that the Toffees have beaten Arsenal. But, both wins have come on Merseyside. Everton haven’t beaten Arsenal away from home since January 1996.

Everton have a dismal record away from home against the Gunners. However, they need to get back to winning ways to increase their chances of European football, and the off-the-pitch talk could have a negative effect on Arsenal this coming weekend.

Make sure to bet on Arsenal vs Everton with 22Bet!