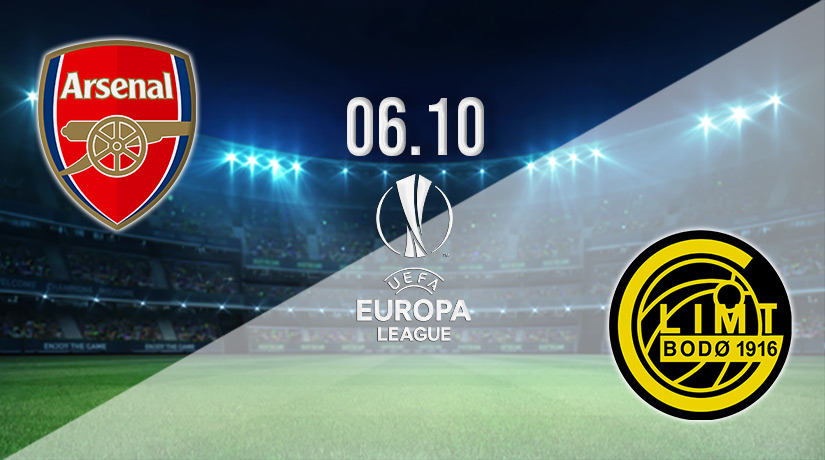 Arsenal will play their second fixture in Group A of the Europa League this Thursday, as they look to take over top spot from Bodo/Glimt. The Gunners saw their second game against PSV called off before the international break, while the visitors this week will be looking for a famous victory to extend their lead at the top to four points.

Arsenal remain the clear favourites to progress from Group A as the winner this season. However, the table would suggest that they come up against their biggest test this week in the competition, as Bodo/Glimt is unbeaten in the two previous matches that they have played in the Europa League this term.

Regardless, the Gunners remain clear favourites in the betting at present, as they were extremely strong on their first outing in the competition this season. They made a winning start to their Europa League campaign, as they claimed an opening night victory against FC Zurich. Despite winning just 2-1, the Gunners bossed proceedings, and probably should have won by more. The goals for Arsenal in that success were scored by Marquinhos and Eddie Nketiah.

Bodo/Glimt has produced some huge results in European competition over the previous two seasons, and they will be hoping for yet another famous victory this week at the Emirates. The Norwegian side come into this fixture as the group leaders at present, as they have picked up four points from the two games that they have played.

Their first win in the competition this season was achieved against FC Zurich in their previous fixture, as Huge Vetlesen scored the winning goal before the hour mark. They dominated that fixture against their Swiss opponents, but this will require a huge performance in London this week.

Arsenal vs Bodo/Glimt Head to Head

This will be a historic first ever meeting between the two sides in European competition this week. The Gunners have a very good record against clubs from Norway, as they have won five of the six previous fixtures that they have played. However, Bodo/Glimt will be coming up against English opposition for the very first time.

Bodo/Glimt has produced some stunning results in Europe over the previous two seasons. However, we can’t see them adding another famous victory this week. We expect the Gunners to take the three points, and they could win by a 3-1 scoreline.

Make sure to bet on Arsenal vs Bodo/Glimt with 22Bet!