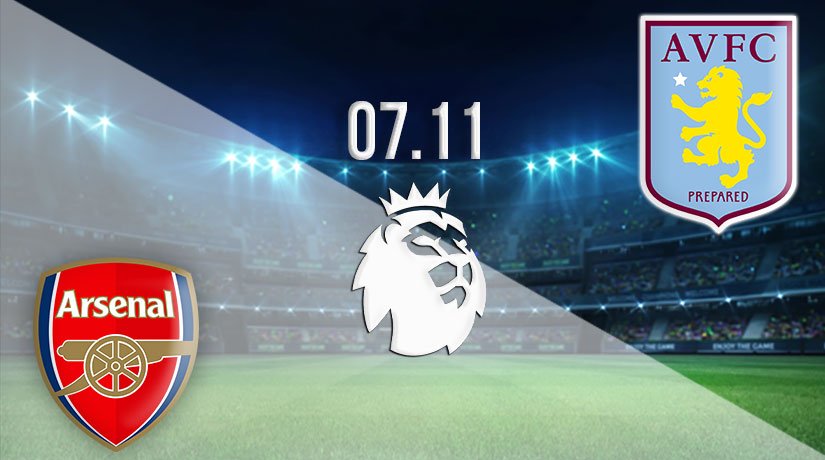 Arsenal are back in London at the Emirates Stadium where they attempt to build on last weekend’s dramatic win over Manchester United by collecting all three points against Aston Villa. Confidence is high in the home dressing room, but they’d be foolish to take Villa lightly with the visitors two places higher in the table with a game in hand.

The Gunners entered game week placed ninth in the Premier League with stats of four wins against three defeats, scoring nine goals but conceding seven. The locals have a dozen points on the board following a less than convincing start to the campaign but it’s still far too early in the season to panic with Southampton and the top four just a point better off. Arsenal are four points behind leaders Liverpool at this stage.

The Gunners suffered back-to-back defeats but scored an unexpected win over Manchester United at Old Trafford last weekend. Star attacker Aubameyang scored the only goal of the game when netting the winner on 69 minutes from the penalty spot, a result that boosted confidence while piling pressure on their opponents.

Aston Villa have proven to be one of the dark horses in the Premier League title race so far and they make this short trip to London placed seventh in the pecking order. Stats of four wins against two defeats gives them a dozen points, just one less than Everton who sit in third. Villa have a game in hand over most other teams in the competition.

Despite making a strong start the visitors have lost each of their last two games and that’s something that will worry everyone connected to Villa Park. They went down by a 4-3 score at home to Southampton last weekend, but Saints won more comfortably than the final score would suggest, Villa scoring two in stoppage-time.

Arsenal were impressive last weekend but needed a penalty to see off Man Utd who were poor. They’ll take confidence from that win and aim to build on it at home. Villa started brightly but suffered a dip in form and must stop the rot as soon as possible if they are to avoid slipping down the Premier League order.

Make sure to bet on Arsenal vs Aston Villa with 22Bet!