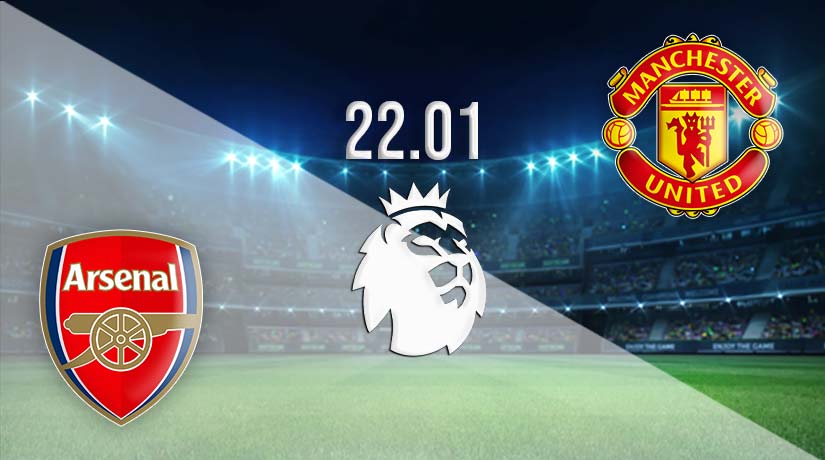 Football fans welcome a full fixture list from the English Premier League this weekend, and there’s plenty to keep us busy. Three matches will be played from the English top-flight on Sunday, with the main attraction pairing Arsenal and Manchester United. These two giants of European football have served up some memorable matches over the years, and this renewal is expected to live up to the hype. The Gunners are top of the league and going well, looking every inch a champion in waiting, but there’s plenty of football still to be played. Will they continue their winning ways against the Red Devils?

Man Utd may be the visitors in London, with the bulk of the crowd in attendance hoping to see them suffer a heavy defeat, but they arrive with a spring in their step. The away team remains the only side to have beaten the pace-setters this season, claiming three points when the Gunners were at Old Trafford earlier in the campaign. Can they do the double over Arsenal? That remains to be seen, but followers of the beautiful game in England can’t wait to find out on Sunday. This will be a thrilling 90 minutes of action, but who wins?

Our team of football writers previews Arsenal v Man Utd in detail, bringing readers up to speed on the latest news, form, and head-to-head scores. We aim to arm you with all the information needed to make a well-informed and smart prediction on this fixture. Will Arsenal take another huge step towards winning the title and ending their EPL wait, or can Man Utd do it again, keeping things competitive at the top?

Arsenal are top of the division and have been for much of this campaign. The North London side, led by Mikel Arteta, impressed before the World Cup break and had no issues picking up where they left off when domestic football returned during the festive period and into the New Year. The Gunners are ahead of Manchester City in second place as the Cityzens battle to close the gap and get their quest for three league titles in three seasons back on track. They have plenty of ground to make up, but Arsenal fans know the champions won’t throw in the towel.

The home team’s stats for the season show they have 15 wins against two draws and a single defeat. That’s impressive, but to make things even more interesting, the locals now face the only team to have beaten them this season; Man Utd. This is a chance for Arsenal to right the wrongs of that loss at Old Trafford in summer and know if they get their own back on the Red Devils, it will move them a step closer to the championship title. Arsenal must keep battling hard as nothing comes cheap at this level.

They have taken 13 of the last 15 points available to them, winning four of five and drawing the spare. We last saw Arteta’s troops Tottenham away from home in the North London Derby played last weekend. That was a match they were expected to win and deserve credit for getting the job done in style, scoring two goals and keeping a clean sheet. The strikes that won the North London derby came from a Lloris own goal and a winner from Odegaard. Both were scored inside the opening 36 minutes before the pace-setters piled the pressure on their rivals by seeing the game out without any further drama. It was a well-deserved win and another three points on the board.

Having already beaten the league leaders in style, Man Utd are eager to do the double. If they can win at the Emirates Stadium, it will do Man City a huge favour, allowing Pep Guardiola’s crew back into the title race after losing to United in the Manchester derby last weekend. That’s not ideal from the fans’ perspective, but the visitors must focus on themselves. Despite a slow start to the season, they are in the hunt for a top-four finish and may even put pressure on the leaders.

They arrive in London with stats of 12 wins, three draws and four defeats, collecting 39 points. That tally means United are level on points with second-placed City, with Arsenal currently eight points off in the distance. Tracking down the Gunners won’t be easy, but if Man Utd can win this match and cut the deficit to five points, we could have a title race on our hands. But that’s easier said than done and United must be at their best to stand a chance of shaking things up a bit.

Man Utd have the same recent form as their opponents, winning four and drawing one of their last five. They were in action beating Man City in the derby with the final score in that match reading 2-1 to United. Ten Haag’s men had to fight back from 1-0 down early in the contest, but showed the character and desire to scratch their way back into the game before going on to win the points. Goals from Bruno Fernandes and Rashford made the difference. That narrow win was followed with a disappointing draw against Crystal Palace in midweek at Selhurst Park on Wednesday.

Arsenal will be backed by a capacity crowd at the Emirates on Sunday with those in attendance knowing the importance of this match. A win will tighten their grip over the division, showing themselves to be genuine title contenders with the staying power to become champions one again. It has been a while, but good things come to those who wait. Arsenal, at home and in their best form, would be fancied to win this match.

Make sure to bet on Arsenal v Man Utd with 22Bet!