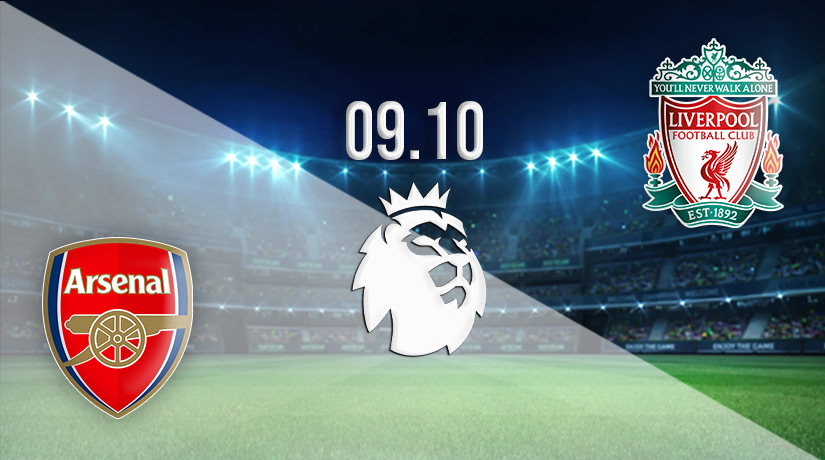 Four games will be played in the English Premier League in the latest instalment of Super Sunday from the United Kingdom’s leading competition. There’s plenty designed to keep sports fans busy making predictions, watching matches and checking results. The show gets going in London where Crystal Palace host Leeds United from 14:00. That promises to be a thriller and great way to bring the curtain up. Still, we’ll be keeping our powder dry until later that afternoon when Arsenal host Liverpool in London.

This is a meeting of two genuine title contenders, and it would come as no surprise to followers of the EPL to see either of these sides go on and lift the trophy in spring. There are still plenty of twists and turns to come in this campaign, and as any experienced follower of the Premier League already knows, anything can happen at this level. Take last season, for instance. Man City were streets clear of the chasing pack and easing to the title, only for Liverpool to bounce back and serve up a challenge that ensured the title race went down to the final day.

What can we expect when the Gunners take aim at the Reds? If past meetings are anything to go on, we are delighted to report that this fixture will live up to the hype. The last game involving Arsenal and Liverpool was played at this venue in March, and Liverpool claimed the points thanks to a 2-0 victory. But they face a much stronger side than they did that day, with Arsenal starting the weekend on top of the league following a stunning win last time.

Arsenal is the current pacesetters in the Premier League and hope that remains the case at the close of business on round nine. They sit in pole position with their stats for the season reading seven wins against one defeat with the spare inflicted by Manchester United. Losing to the Red Devils – who have since been thumped in the Manchester Derby – was no disgrace, and some fans will take relief from the end of that winning run. It had to happen sometime, and, for the Gunners, it’s better when they have a strong lead.

The locals scored 20 goals, nine fewer than last season’s champions and pre-season favourites for three in a row, Manchester City. The leaders have conceded eight goals in their opening eight games which is the second-best defensive record in the competition at this stage, after Everton, who have conceded just seven, despite being stuck in the bottom half of the table. That solid defence will be key for Arsenal if they are to hold their ground and make it all the way to the EPL title.

We last saw Arsenal in action a week ago when beating Tottenham in a pulsating North London Derby. That game had been billed as a 50/50 and potential banana skin for Mikel Arteta and co, but they had no trouble bagging the win, three points and the bragging rights for their fans. That derby ended 3-1 to Arsenal with the goals scored by Partey, Gabriel Jesus and Xhaka. Kane scored from the penalty spot on 31 minutes, but that was to prove nothing more than a consolation goal for a team that was well beaten on the day.

Reds without a win in two

Liverpool head to London sitting ninth in the Premier League table, despite almost winning the division last season. Why are they so low, and what has been the problem in the opening weeks of this campaign? They lost Sadio Mane in the summer to the German Bundesliga, which may explain why they are taking their time to get going. They also have several new faces in the dressing room, which seems to contribute to their poor form.

The Reds’ form ahead of this match reads two wins, four draws and one defeat with 18 goals scored and nine conceded. Jurgen Klopp’s men have lost the same number of times as three of the top four, but draws have stunted their progress. That’s something Klopp and his coaching staff must fix as soon as possible if they are to get back into the running and challenge the top teams. A shortcut back into the title race would come from beating the league leaders on their patch.

We last saw Liverpool landing a second draw on the bounce, meaning they are now unbeaten in their last four matches. That improved form began with back-to-back victories, followed by a pair of level finishes. The most recent was a stunning 3-3 at home to Brighton last Saturday, fighting back from 2-0 down to lead 3-2 before conceding a late equaliser. Trossard netted a hattrick that day, and a point was nothing short of what the Seagulls deserved for coming to Anfield and having a go.

It’s difficult to go against Arsenal considering their recent form, but it’s still early in the season, and pundits remain unconvinced. We have seen more than a few good starts from the Gunners in past season. Is this another false dawn, or do they mean business this year? We will find out the answers to those questions in good time, but there’s no doubt the home team are playing well and deserve to be favourites for the win.

Liverpool comes to London with the added pressure of knowing they need a result. Yes, Klopp and co are unbeaten in four games, and that’s worth mentioning, but they faced a tough match in the Champions League on Tuesday, and there will be a few tired legs in the camp. The visitors must be at their sharpest if they are to claim the win.

The pre-match betting odds offered to 22bet members have Arsenal at 2.57 to win this match with Liverpool 2.52 and the draw 3.74. There are also many specials and promotions available on this match from the Emirates Stadium. Look out for the likes of both teams to score and handicap.