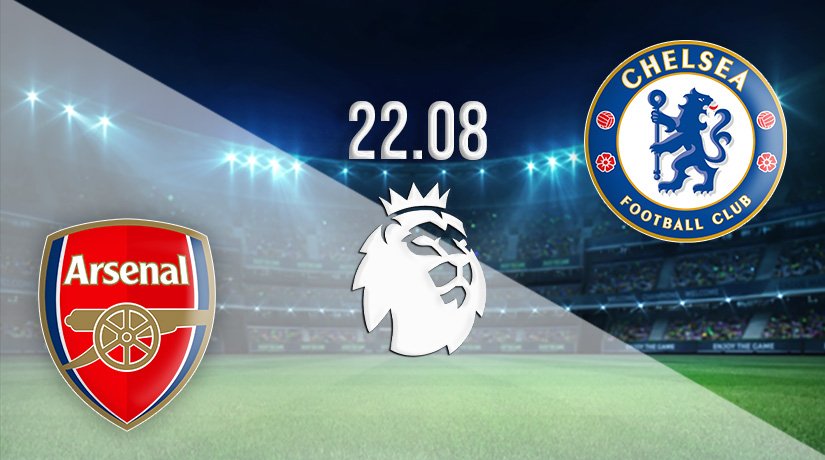 A bumper weekend lies ahead for followers of the English Premier League as the competition moves onto matchday two. There are some mouth-watering fixtures on the schedule, including Man City’s return to the Etihad Stadium, where they’ll face Norwich City looking to get their first win and title defence on track. In this article, our team of football writers preview the fixture that has everyone excited as London rivals Arsenal and Chelsea go head-to-head. Follow that London derby live on TV from 16:30 on Sunday.

The pressure is on both teams this season as Arsenal must improve on last season’s disappointments and smash their way back into the top-four and Champions League football if manager Mikel Arteta is to have any chance of keeping his job. The Spaniard looks to be standing on thin ice at the moment, and the cracks are already forming around him,

These famous old clubs have met many times in the past, but it’s Arsenal that leads the head-to-head stats. The Gunners boast 79 wins against the 65 of Chelsea, with 59 games ending in a draw. Arteta’s side did the double over the Blues last season thanks to a stunning 3-1 win at this venue on Boxing Day, followed by a hard-fought but well deserved 1-0 win at Stamford Bridge earlier this year. Arsenal won three and drew one of their last four meetings with Chelsea, with that unbeaten record stretching back to late 2019. Will the hosts continue their good form over Chelsea, or can the Blues stop the rot with an away win that would deal another blow to the home manager.

Gunners must fire back from defeat

Things couldn’t have gone too much worse for Arsenal fans last season as they watched their team slump to an eighth-place finish in the Premier League. For a team with the Gunners’ outgoings and lofty expectations, that is nothing short of a disaster, and fans would have been overjoyed that they missed a large chunk of the campaign locked out of the Emirates Stadium due to coronavirus restrictions in London. Supporters are now back in their seats, and the stadium is running at full capacity, and those paying their hard-earned cash to support the club will make it clear they won’t stand for any further embarrassment.

Arsenal’s season got off to the worst possible start when they lost their opening game of the new campaign. They travelled across London to visit the newly promoted Brentford, and that was billed as a potential banana skin fixture with spirits high in the Bees’ camp. It was an emotional night for Brentford, and the players fed off that, rising to the occasion and grinding out a stunning 2-0 win. Most Arsenal fans couldn’t believe what they were watching.

Speaking to the press at full-time, Arteta was honest enough to admit his team got exactly what they deserved from the contest. The Gunners were out-fought, out-thought and out-played by the Bees, and if that is a sign of things to come, then a summer of upheaval lies ahead for the team. Arsenal lacked presence in their own penalty box and had no cutting edge in attack, passing up several good chances.

Chelsea finished in the top-four last season, which was a great achievement considering the club went through two managers. Frank Lampard’s sketchy form saw him lose his job to be replaced by the more experienced Thomas Tuchel, and that move had the desired effect. Chelsea found their feet, climbed into the major places and secured a spot in the Champions League this season. It’s one they would’ve had as defending champions anyway, with the Blues beating fellow Premier League side Man City in the final to become champions of Europe once again.

The aim for this season is to build on that Champions League win by following it with a Premier League title. The Blues have been absent from the top of English football for too long in the eyes of supporters, but if they can make a strong start then juggle the defence of their European title with their attempt to win the Premier League, they will grow in confidence. Tuchel has the quality in his squad to challenge but will require them to be consistent throughout the campaign. Do they have what it takes to push Man City? We’ll have a better idea at the end of this game.

Chelsea opened their account for the season with an impressive win over Crystal Palace in another London derby. That was a match they were expected to win, and they did the job in fine style, beating the Eagles 3-0 with the points tied up by halftime. Alonso scored the game’s opening goal on 27 minutes before Pulisic doubled their advantage before the interval. There was one more goal for fans to enjoy as Chelsea put the icing on the cake with a strike from Chalobah on 58 minutes. An impressive outing, and there looks to be plenty more to come from Chelsea.

All the pressure is on Arsenal in this match as they look to battle back from last weekend’s disappointment. The Gunners are a team that usually starts the season strongly before falling away in winter, but if they go 0-2 this season, the already restless fans will lose their patience. A win would help get them back onside quickly.

Chelsea arrive at the Emirates full of confidence, knowing they have a great chance to make it six points from a possible six. They were impressive in that win over Palace but face a step up in the standard of opponent here, and the players must rise to the occasion. If they believe Arsenal are a soft touch, they will be made to pay a heavy price.

Make sure to bet on Arsenal v Chelsea with 22Bet!