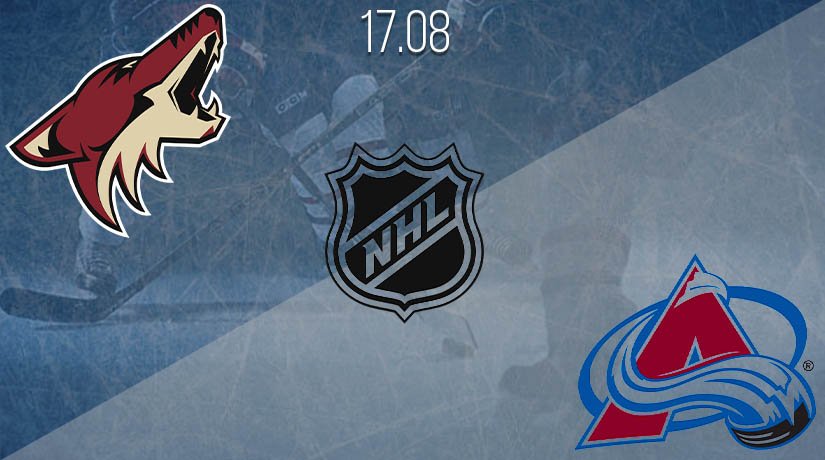 Having gained a victory in the previous match, Arizona on August 17 will try to equalize the position in the series with Colorado. Let’s see what these teams are capable of.

Arizona started the series against Colorado unsuccessfully and in the first two matches could not cope with their opponent. However, the team adjusted to the Avalanche and began to use their weaknesses, as a result of which they achieved success with a score of 4-2. Let us emphasize that the Coyotes opened the opponent’s defense twice and twice shot the puck into an empty net.

Darcy Kuemper showed some fantastic play in the third meeting and saved 49 shots. It can be said that it was mostly due to his actions that the Coyotes got a chance to make a comeback in this series. Note that Arizona does not have clear leaders in the offense in this playoff, but every hockey player can take over the game.

Colorado was very unlucky in the last match. No matter how hard the team tried to press on the opponent’s goal, they did not manage to break through the goalkeeper. It is unlikely that the Avalanche will somehow change their tactics in the remaining meetings because it worked steadily for them in all previous games.

Jared Bednar’s squad is one of the best teams this season when it comes to defense. They are excellent in using their scoring opportunities. With a similar style of play, they should go at least into the next round. Even in the previous match, the team was close to recovering as they scored the goal in 6×5 format but conceded another one into an empty net.

In the previous match, the teams scored three goals in just a minute. If it wasn’t for these goals, then once again the fight would have turned out to be low-scoring. We think that this will happen in the upcoming meeting and Colorado will act even more carefully than before. Most likely, on this day, luck will not turn away from the Avalanche, and they will use their chances.