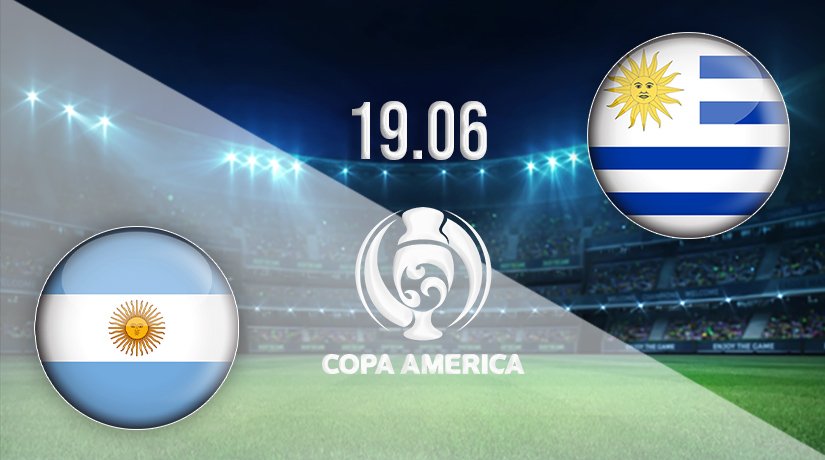 Group B in the Copa America looks to be finely poised with all the big nations still in contention for the top spots. Uruguay make their bow in the competition on Saturday evening, as they kicked off against Argentina.

Argentina weren’t able to start their Copa America campaign with a victory, as they were held on Sunday evening by Chile. Argentina dominated much of the play, and recorded 18 shots, while the Chileans could only manage five. It took a moment of magic to open the scoring, as Lionel Messi producing an outstanding free-kick before the break.

However, the Messi magic wasn’t enough to give them an opening win of the tournament, as Eduardo Vargas equalized for Chile with just over half an hour remaining. Once again there will be pressure on Messi in this competition this year, as Argentina look to win a first trophy with the Barcelona ace. This will be a testing fixture against a very talented opposition.

Uruguay often come into major tournaments as dark horse selections, as they have talent right through their team. This competition will be no different once again, but they will be hoping that their disappointing form doesn’t continue. They have been held in both of their warm-up games, as they failed to score a single goal in fixtures against Venezuela and Paraguay.

They were also well beaten by Brazil at the end of last year. Their only win in their last five games came against Colombia, as they secured a 3-0 success. Edinson Cavani and Luis Suarez both scored in that win, and the two striker will once again be pivotal to their chances over the next couple of weeks.

Argentina vs Uruguay Head to Head

This international fixture is one of the most played in the history of football, while it is also one of the most heated derby matches. The last two fixtures have been cagey affairs, with the nations playing out two draws. However, Argentina have won two of the last four national fixtures between the sides. Uruguay’s last win against Argentina came in October 2013 in a World Cup qualifier.

Argentina looked pretty strong in their opening game, but there is still no denying that they are over-reliant on Messi. Uruguay’s recent form has been very disappointing, but they will be much improved with the return of the best players. However, the preference remains with Messi’s Argentina.

Make sure to bet on Argentina vs Uruguay with 22Bet!