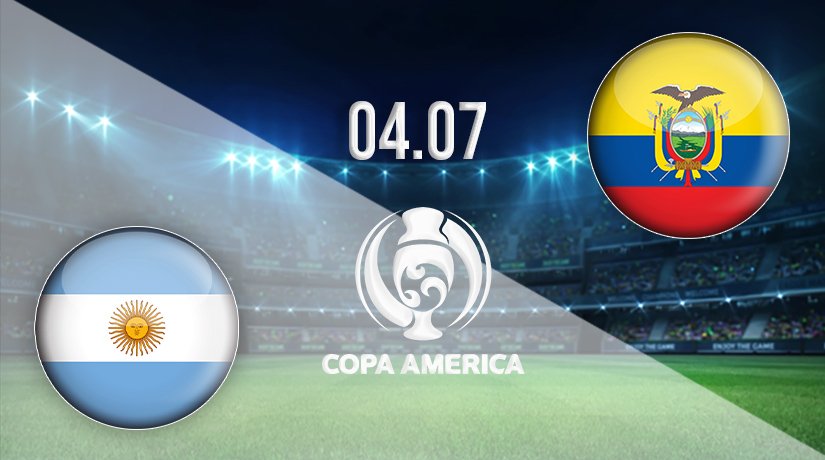 The final quarterfinal of the quarterfinals in the Copa America will take place in the early hours of Sunday morning. Argentina will be looking to continue their fine form this summer with a victory over Ecuador to book their place in the semi-finals.

Argentina have been one of the standout teams in the Copa America to this point, and they remain on course for a meeting with their arch rivals Brazil in the final. They were excellent throughout Group A, as they finished with ten points from a possible 12. That saw them finish three clear of Uruguay and four clear of Paraguay. Argentina scored seven goals in the group stage, and conceded just twice. Along with Brazil and Uruguay, that was the best defensive record in the group stages. Argentina drew their first game against Chile, but have won their previous three. The most recent of their wins came on matchday five, as they cruised past Bolivia with a 4-1 success. Lionel Messi scored a brace in that victory, while Lautaro Martinez and Alejandro Dario Gomez also found the net for Argentina.

Ecuador just about managed to get to the quarterfinal stage, as they finished just a point clear of Venezuela in Group B. They picked up three points from the four games that they played, which all three coming from draws. They have certainly been one of the most interesting teams to watch in the Copa America so far, as they have scored five goals, and have conceded six. Ecuador would have taken confidence from their last game, as they ended Brazil’s long winning run with a 1-1 draw. Angel Mena scored the goal for Ecuador in the draw against the hosts.

Argentina vs Ecuador Head to Head

Ecuador have an underwhelming record against Argentina, as they have won just five times in 36 previous meetings. Their only victory in the past ten years came back in October 2015. Argentina have won the last three, and have scored ten goals in the process. Their most recent win came in October last year.

Ecuador have been a tough nation to beat in the Copa America this summer, but they face a huge challenge in the quarterfinals. Lionel Messi has been in inspired form throughout the tournament so far, and that could be the difference when the nations meet this weekend.

Make sure to bet on Argentina vs Ecuador with 22Bet!