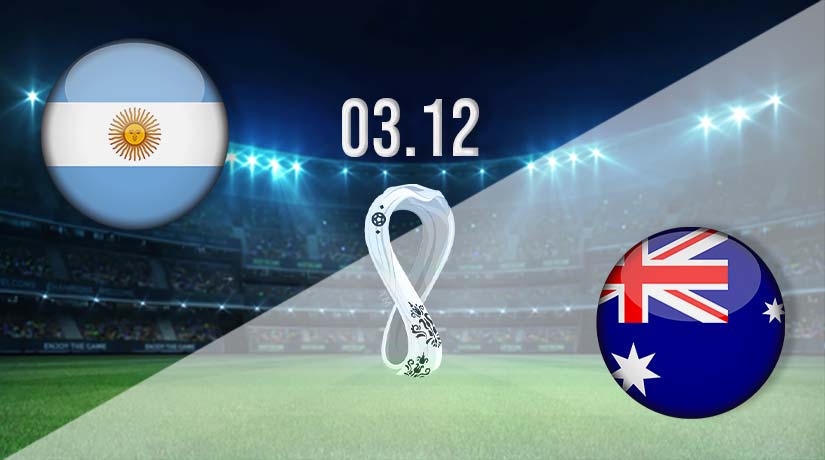 The round of 16 in the World Cup gets underway on Saturday, and the big game on the opening day of knockout action will see Argentina look to continue their winning streak against Australia. The Socceroos completed an unlikely escape from Group D, but can they go one step further this weekend?

It has been a World Cup full of shocks already, but Australia reaching this stage of the competition for just the second time in their history is one of the biggest. Australia were written off by many before the start of the competition, as they endured one of their worst qualification campaigns in recent memory and needed a penalty shootout to come through a playoff.

However, since the start of the tournament, they have performed excellently. They put up a stern fight against France in their opening game, but have won back-to-back matches since. The latest of those was a fine 1-0 success against Denmark, who last year reached the semi-finals at the EUROs. However, this is the biggest test that they have faced at the World Cup since reaching this stage in 2006.

Argentina eventually managed to sail through Group C reasonably comfortably, as they booked their spot in the round of 16 as group winners. However, they have certainly upped their game since a 2-1 defeat against Saudi Arabia in their opening fixture, and have looked far more assured in back-to-back wins against Poland and Mexico.

Their latest win was a fine 2-0 success against Poland, with Alexis Mac Allister and Julian Alvarez scoring the goals in the win. Argentina were knocked out at this stage four years ago, but they haven’t failed to reach the quarterfinals in consecutive appearances since the round of 16 was introduced in 1986.

Argentina vs Australia Head to Head

Australia has recorded just one win in seven previous meetings against Argentina. That success came in the Australia Bicentenary Gold Cup back in 1988. Argentina has won five of the previous seven meetings, including a 1-0 success in the last meeting in 2007.

Australia has performed excellently to reach this stage of the competition, but there is a sense that their journey is likely to come to an end here. Argentina has an excellent record against the Aussies, and they look to be back on track after a nervy start to the World Cup.

Make sure to bet on Argentina vs Australia with 22Bet!