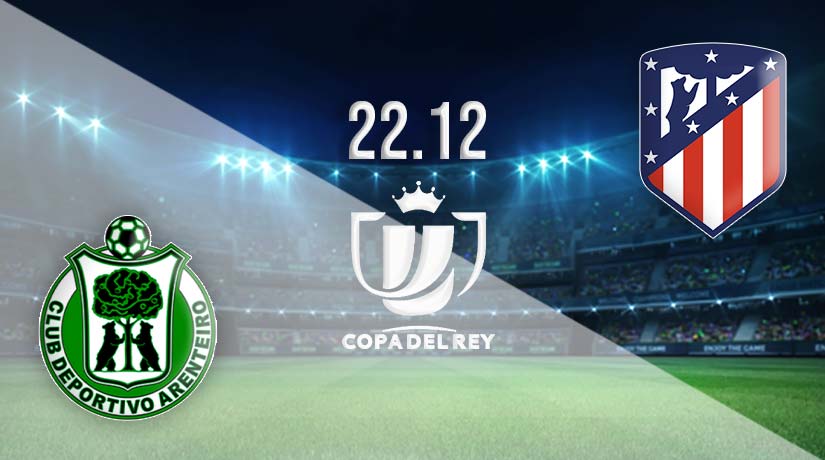 The second round of the Copa del Rey continues on Thursday, as one of the front-runners for success is in action. Atletico Madrid last won this domestic competition in 2013, but they will be looking to ease through to the next round against Arenteiro this week.

This will be a famous evening for Arenteiro, as they look to improve on their best-ever showing in the Copa del Rey. Last term, they reached this stage of the competition before being eliminated, before the fourth-tier side are certainly enjoying one of their best ever campaigns this year, and that could see them pose a big threat to Atletico.

Arenteiro currently sits top of the Segunda Federacion Group 1, as they have won nine of the 15 games that they have played this term. Meanwhile, they have been defensively solid throughout the season, having lost just once and conceding just seven goals. They caused a pretty big shock in the first round of the Copa del Rey to book this tie, as they beat Almeria 2-0. The goals in that famous win were scored by Anton Escobar and Rafael Mella Ferreiro.

Atletico Madrid will be aware that they will need to bring their A-game for this fixture, as this will be their first fixture since the conclusion to the World Cup. They have played just once since the international break, as they landed a 4-2 success in a friendly against Ponferradina.

This will be Atletico’s second game in the Copa del Rey this season, as they eased through their opening round fixture against Almazan. It is clear that Diego Simeone is taking this competition seriously this season, as Angel Correa and Joao Felix were the scorers in that first round win.

This will be the first time that Arenteiro has ever played against Atletico Madrid in a competitive fixture or a friendly.

Arenteiro will be looking to create history and reach the third round of the Copa del Rey for the first time. However, we find it hard to believe that they will knock off Atletico at this stage of the competition. Therefore, we expect the La Liga giants to record a comfortable 3-0 win on the road.

Make sure to bet on Arenteiro vs Atletico Madrid with 22Bet!