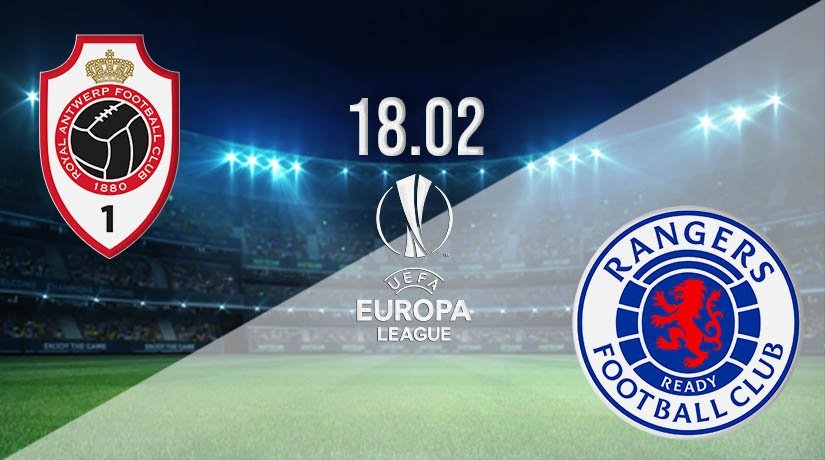 Europa League action returns in midweek with the Round of 32 games played on Thursday. Each of the matches are scheduled to be shown live on TV, promising a night of entertainment for armchair fans. In this article, our team of football experts focus on the game in Belgium where local side Royal Antwerp take on Steven Gerrard’s Scottish Premiership champions in-waiting Rangers from 20:00

Antwerp runners up behind Spurs

Antwerp finished as runners up in Europa League Group J. Stats of four wins and two defeats gave a dozen points which meant they finished just one behind pool winners Tottenham, two better than LASK in third. Royal scored eight goals in their six previous games but conceded five and that’s something that will concern the new coaching team.

In the Belgium First Division A, we find Antwerp in second place trailing leaders Club Bruges who look home and hosed as champions this term. Bruges have 60 points on the board ahead of Antwerp on 47 and Genk on 43. The home team’s main concern between now and the end of the season will be holding their ground and securing Champions League football next term.

Rangers were unbeaten in their Europa League group and finished as winners of what had been billed as a competitive pool. The Gers were pulled from pot four and added to Group D, but they defied the odds to win four games and draw the other two, scoring 13 goals while conceding seven. 14 points placed them two ahead of runners up Benfica and 10 better than Standard Liege in third.

As well as their success on the continent we have seen Steven Gerrard’s Rangers dominate Scottish football. The Gers are now within four games of clinching their first title in 10 years. This year’s gong would be a double celebration for Rangers, winning a 55th Scottish championship and ending Celtic’s hopes of clinching a record 10-in-a-row.

Antwerp are well off the pace domestically and are missing a few key players, including their star striker. Replacing him in attack is a man not long back from injury. Keeping a clean sheet will be Gerrard’s main aim but the visitors will shoot for the first leg lead.

Make sure to bet on Antwerp vs Rangers with 22Bet!