Main page - News - Another heart attack in the NHL: Bouwmeester fainted, and the match was rescheduled. 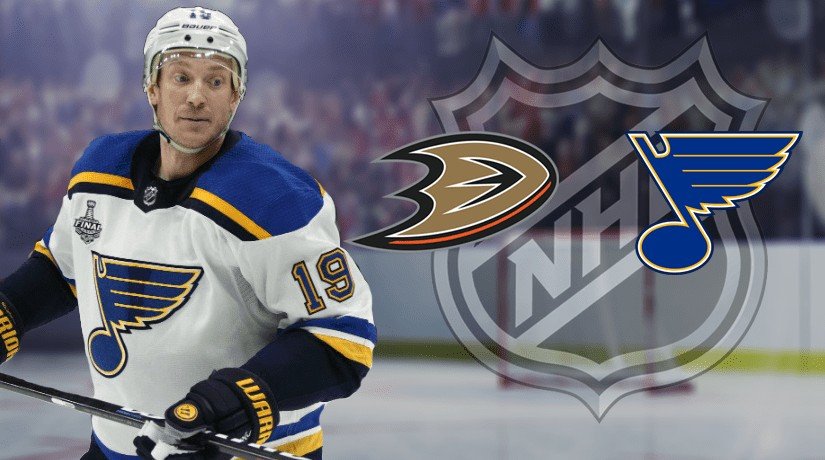 Another heart attack in the NHL: Bouwmeester fainted, and the match was rescheduled.

Fortunately, the defender of St. Louis was saved, but it is not known whether he can continue his career.

The match between Anaheim and St. Louis in California should not have been memorable. The leader and the outsider of the Western Conference met. Two, not the most spectacular teams. However, the beginning of the game seems to have refuted this opinion. By the eighth minute, the teams managed to exchange goals: Ivan Barbashev answered the goal of Adam Henrik, taking advantage of an excellent interception in opponent’s zone from Jordan Kyrou and scoring his eighth goal of the season. 1: 1, a rather productive meeting, but in the 13th minute all the players, coaches and spectators gathered at the Honda Center instantly forgot about hockey. Guest defender Jay Bouwmeester, who was sitting on the team bench during a pause, collapsed to the floor unconscious. The St. Louis players, on whose eyes this incident happened, immediately sounded the alarm, the match, of course, was immediately stopped, and the time came for the doctors to work.

From the official statement of St. Louis, it became clear what happened. 7 minutes 50 seconds before the end of the first period, Jay Bowmister suffered a heart attack and fell from our bench. Fortunately, thanks to the prompt response, our medical staff, Anaheim doctors and arena doctors managed to stabilize Jay. He could react and move along the road to the University of California Medical Center at Irvine. Jay is currently conscious and undergoing further examination by Anaheim’s doctors, said Doug Armstrong, general manager of St. Louis.

Jay Bowmister 36 years old, this is one of the most respected and titled Canadian hockey players. With the Canadian national team, he won two world championships, the Olympic Games, two World Cups. He has been playing for St. Louis since 2013; last season he won the Stanley Cup with the Blues, which allowed him to enter the Triple Golden Club.

Bouwmeester is quite old, but one of the most playing St. Louis hockey players. In the match with Anaheim, he managed to spend 5 minutes 34 seconds on the ice, and his last shift lasted 80 seconds. After that, he returned to the bench, sat down, caught his breath a little, after which he wanted to drink water, but instead, he began to fall to the floor slowly.

The meeting between Anaheim and St. Louis was interrupted at the score 1: 1 and was postponed indefinitely by mutual decision of the teams. NHL will determine the date of playing out in the future. Fortunately, everything is in relative order with the Bouwmeester, but the decision to stop the match is a show of respect for the player and an indicator of true values ​​for the NHL. There is nothing more important than the life and health of athletes.

For the league, by the way, this is not the first case of stopping and postponing matches due to the provision of emergency medical care to a hockey player. The “discoverer” in this area was the Czech Detroit player Jiri Fischer, whose heart stopped right on the bench on November 21, 2005. Fisher spent six minutes in a state of clinical death, but Jiri managed to survive, as the emergency doctors had a defibrillator with them. By the way, in the case of the Bouwmeester, this device was also ready, but it was not necessary to use it. The next time the game was stopped in the NHL due to a hockey player’s health problems in March 2014. Then Dallas forward Rich Peverley also had heart problems. The player was saved, but he, like Fisher, never returned to the ice.

You can still recall a few examples when a hockey player lost consciousness on the ice, but this did not lead to transfers of matches. In April 2017, during a game, the Philadelphia goalkeeper Michal Neuvirth suddenly crashed onto the ice. A very recent episode occurred at the beginning of this season in the game Boston – Ottawa. After a game clash with David Backes, the forward of “senators” Scott Sabourin lost consciousness. The medical team managed to bring the hockey player to life right on the ice, and the match was resumed after a 10-minute pause.