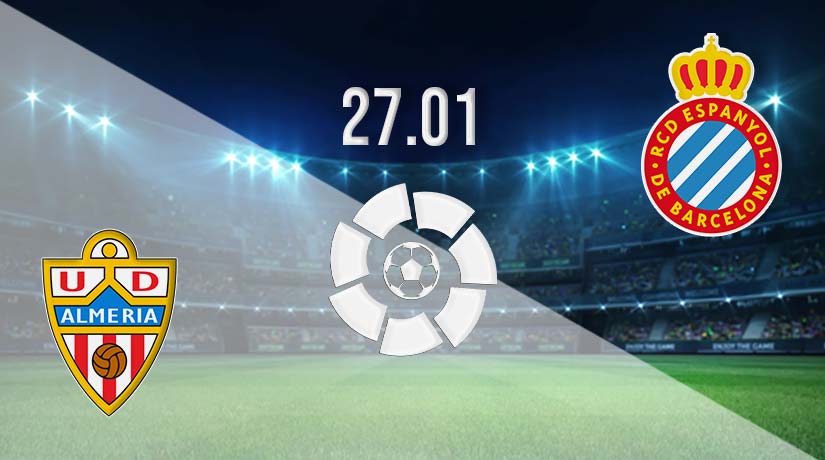 There will be exciting action in La Liga on Friday evening, as Almeria look to record a first win in five league fixtures. Espanyol will be the visitors, as they bid to extend their fine run by going a fifth game without defeat.

Almeria and Espanyol come into this Friday night fixture in La Liga separating by just a point in the standings. Espanyol will be the form team ahead of this match, as they look to stretch their unbeaten record in the Spanish top-flight to five matches. A victory could also see them edge closer towards the top half of the standings, and put six points between themselves and the drop zone.

It has been an excellent run for the visiting side coming into this match, as they have picked up victories in each of their previous two games. Their latest win was a fine 1-0 success against Real Betis at home. The only goal in that victory was scored just before the half time break, as Martin Braithwaite broke the deadlock. However, despite their upturn in results, Espanyol remains just three above the drop zone.

Almeria will have home advantage for this fixture on Friday, and they will desperately be looking to get back on track in La Liga. The Spanish side has gone four without a victory, but they have lost just once over the same period. Despite that, they are just two clear of the bottom three positions in the standings.

Almeria played out an entertaining draw with Valencia in their previous fixture, with both of their efforts being scored in the second half. Chumi dragged Almeria level for the first time, before Francisco Portillo grabbed a second equaliser at the Mestalla with just 16 minutes remaining.

Almeria vs Espanyol Head to Head

Espanyol has gone four without defeat against Almeria, while the hosts are without a victory in four previous home games against the travelling side. Espanyol has been in excellent form since play resumed in the Spanish top-flight, and we could see them picking up a third straight success to move closer to the middle of the standings on Friday.

Make sure to bet on Almeria vs Espanyol with 22Bet!