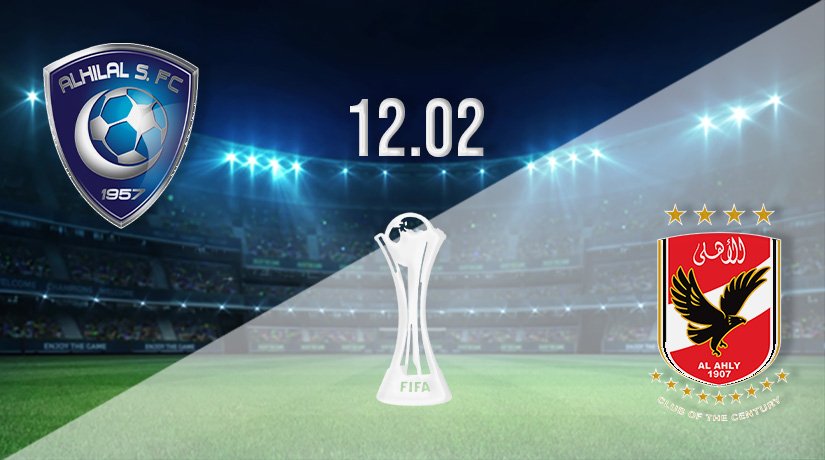 The Saudi Pro League Al-Hilal will take on the African Champions Al Ahly on Saturday at 14:00GMT as both teams bid to finish third in the FIFA Club World Cup in Abu Dhabi.

Can Al-Hilal Recovery from the Tasking and Narrow Defat o he European Champions to Finish Third?

Al-Hilal will be disappointed they did not make some of the chances they created against Chelsea count.

Leonardo Jardim will be encouraged by the performance that pushed the European Champions all the way, even if the result would have been disappointing o his charges.

They need to recover from that setback and get ready for Al Ahly on Saturday, with third place up for grabs.

Can Al Ahly Cause an Upset by Defeating Al-Hilal Filled with Established International Talent?

The Egyptian side were not at the races as they were easily dispatched by Brazilian side Palmeiras in the semi-final 2-0.

The African Champions will be looking to cause an upset against the well-financed Al-Hilal side with household names, such as Ighalo, Marega, and Pereira.

The quality in the Al-Hilal side was underscored by their performance against Chelsea in the semi-final.

Al Ahly will have to be at the races to stand a chance of winning and finishing third in the FIFA Club World Cup in Abu Dhabi.

In the Saudi Pro League, Al-Hilal are unbeaten in their last four rounds of fixtures. In this run, they have won three and drawn one.

Al-Hilal are currently fourth on the Saudi Pro League table, 13 points behind league leaders Al-Ittihad, albeit having played a match less than the league pacesetters.

In the FIFA Club World Cup in Abu Dhabi, Al-Hilal have won one and lost one. They won their third round fixture against Al Jazira with a comprehensive 6-1 score line.

In their last match, they narrowly lost to European Champions Chelsea 1-0, which means they missed out on playing the final against Brazilian side Palmeiras.

Al Ahly are top of the Egyptian Premier League after an unbeaten start to the season. They have won six and drawn one, hauling 19 pints out of the available 21. Ahly are level on points with second-placed Zamalek, who have played an extra match.

In the FIFA Club World Cup second round, Al Ahly beat Mexican side Monterrey 1-0 to proceed into the semi-final. They subsequently lost 2-0 to Palmeiras, which set up Saturday’s 3rd-place clash with Al-Hilal.

Ahly will be looking to salvage their tournament by beating Al-Hilal and claiming 3rd spot in the Club World Cup competition in Abu Dhabi.

The Nigerian international striker is an important cog in the Al-Hilal machine. His forward runs, work ethic, pace, and physicality, are important attributes that have helped Al-Hilal to create dangerous situations in the opponents’ boxes.

Ighalo’s partnership with Marega and Al-Dawsari is crucial in providing a crucial platform for attacking and creating chances.

He can drop deep and link up with midfielders, play at the shoulder of the defender, and run in behind the defence using his pace.

Hany plays as a right-back or right-wing-back, depending on the shape Al Ahly is deploying, He provides the team with width, which is crucial in opening up the match, stretching opponents, and opening up spaces for the attacking players to exploit.

Hany also poses a goal threat when given license to go forward. This was pronounced in the goal he scored in Al Ahly’s 1-0 win over Monterrey.

Al Ahly will look to adopt a patient possession-based approach building from the back. Al-Hilal will also seek to dominate the ball and progressively work the ball up from defence to attacking areas.

Both sides have strong defensive records, which means that this will not be a high-scoring match.

A draw is the favoured result for this closely matched fixture, with extra time beckoning to decide the winner.

Make sure to bet on Al-Hilal vs Al Ahly with 22Bet!