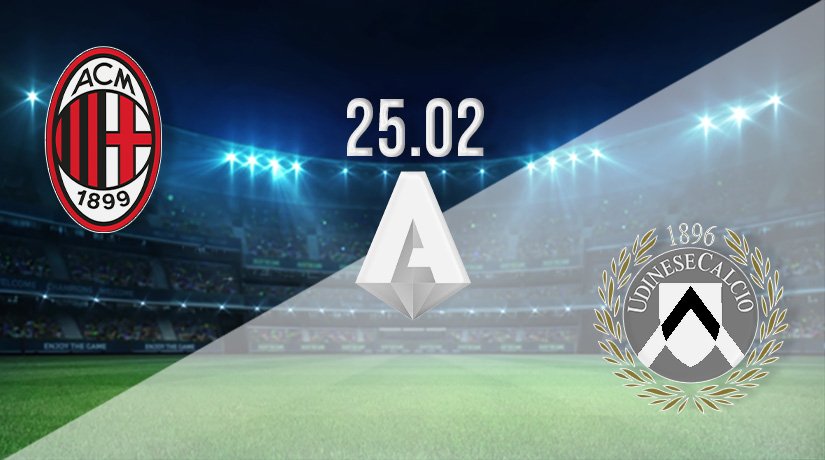 AC Milan remain at the top of Serie A, but were unable to open up an advantage over their rivals after only managing a draw last weekend. They could stretch their advantage to five points with a victory at the San Siro on Friday evening.

This will be a huge fixture in terms of the title race this season, as AC Milan can stretch their advantage over Inter Milan and Napoli to five points before their rivals play. Milan missed a massive opportunity last weekend, as they could only manage a draw.

It was an opportunity spurned by the league leaders, as both Napoli and Inter dropped points in the latest round of fixtures. Milan come into this fixture unbeaten in their previous four, having won twice during that run. However, last weeks draw against Salernitana is an example that there are no easy games in Serie A.

They were held by the side sitting bottom of the standings, despite racing ahead into a 1-0 lead. Milan needed a late equaliser to save a point in the fixture, as Ante Rebic netted the leveller with just over ten minutes remaining in the fixture.

Milan come up against another side struggling towards the bottom of the standings this weekend, as Udinese are just three clear of the relegation places in Serie A. They have failed to win in their previous two, and have won just once in their last five games in the Italian top-flight.

They did earn a fine point in their latest fixture in Serie A, as they managed to hold Lazio to a 1-1 draw. Gerard Deulofeu scored the only goal for Udinese after just five minutes. However, the visitors levelled before the half time break.

AC Milan may have had a bit of a wobble last weekend, but we expect them to bounce back to winning ways at the San Siro on Friday. We can see them claiming a 2-0 success against the struggling Udinese.

Make sure to bet on AC Milan vs Udinese with 22Bet!