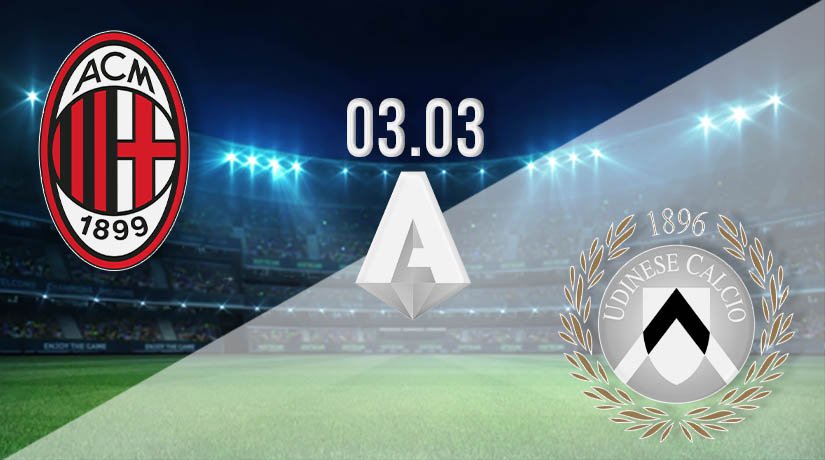 AC Milan enjoyed an excellent start to the season in Italy, but the wheels have fallen off over recent weeks, as the Italian giants have lost two of their last three games. They have also lost three in six, which has allowed their cross-city rivals Inter to open up a four-point gap between the two sides as the Serie A season reaches a pivotal stage. Milan’s lead in the Champions League race has also been cut drastically due to their poor run of form, and they will be looking to avoid getting dragged into a fight for the top-four places as there are a growing number of sides in that fight. Milan come into this game against Udinese with a seven-point advantage over Juventus. They will be looking for a second straight win after they picked up a 2-1 success against Roma last time out.

However, they will be coming up against an Udinese side that have been picking up consistent results themselves over recent weeks. Their relegation worries have been eased with a strong run of positive results, as they have lost just once in their last six. Udinese currently sit in the bottom half of the standings, but a win at the San Siro could lift them up to tenth in the league standings. They will come into the game in good confidence, as they won last weekend against Fiorentina. Ilija Nestorovski scored four minutes from time in that game to give them the three points.

Udinese have found wins against AC Milan hard to come by over recent years. They have won just once in the last seven meetings against Milan, while the hosts in this fixture have won four times during the same run of games. Milan have won the last two against Udinese, which includes the 2-1 success that they achieved away from home earlier in the season.

Udinese have been in great form recently, but this will be a huge challenge for them. Milan will be aware that they must win this game, and we expect them to have the quality needed to get maximum points.

Make sure to bet on AC Milan vs Udinese with 22Bet!