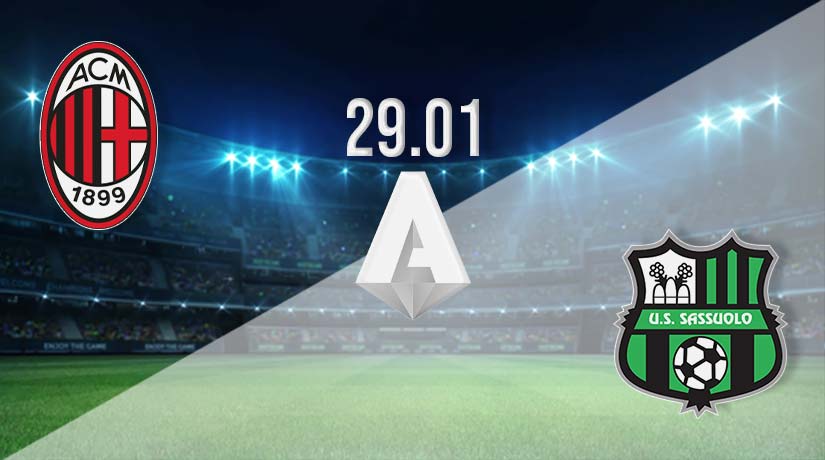 AC Milan remain second in the Serie A standings, but their place in the Champions League spots is coming under increasing pressure. Sassuolo is the visitor to the San Siro this weekend, as the Italian side hope to pick up just a fifth win of the campaign.

It has been an extremely worrying run of results in Serie A for the defending champions, as they have gone three without a victory. Milan remain second in the standings, but they are just a point clear of fifth-placed AS Roma coming into the second half of the season. Milan could drop out of the top four places in Serie A this weekend if they lose, and other results go against them.

The reigning champions look unlikely to defend their crown, as they already trail Napoli by 12 points coming into this round of fixtures. Milan were humbled in their previous outing in Serie A, as they were easily beaten 4-0 by Lazio on Tuesday evening. Milan conceded two goals in each of the halves, and managed just three shots on target in response.

This could be an opportunity for Milan to bounce back to winning ways, as they come up against a Sassuolo side that has failed to pick up a victory in their previous five Serie A fixtures. The visitors on Sunday have won just four from 19 games this term, and have scored just 18 goals across the fixtures that they have played.

However, they were able to avoid losing a fifth game on the bounce in their previous match, as they picked up a 1-1 draw on the road against Monza. Sassuolo went into the lead after 13 minutes following a Gian Marco Ferrari goal, but the hosts levelled in the second period.

The previous meeting between the sides ended in a 0-0 draw in August. That result ended a five-game sequence of the team playing away from home picking up the victory in this fixture. Over that period, Sassuolo has picked up two wins at the San Siro.

The away dominance enjoyed in this fixture is extremely interesting. But, it looks hard to support Sassuolo based on their recent struggles. Therefore, the pick is for a win for the hosts on Sunday.