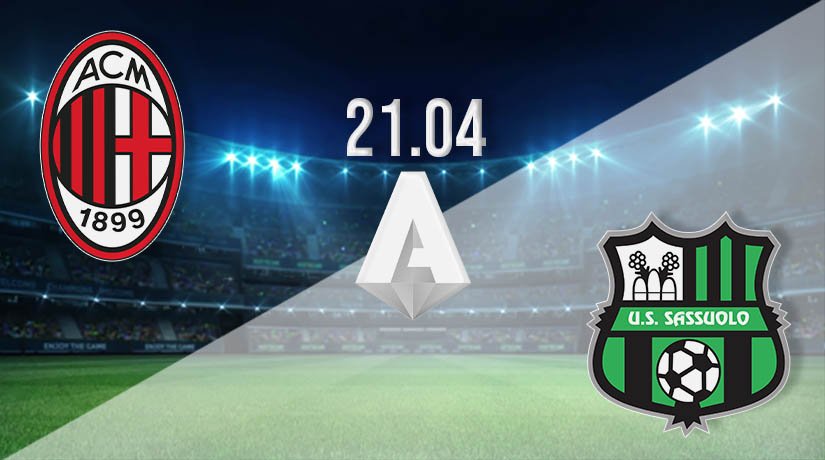 The Serie A action comes at us thick and fast as Italian football speed towards a thrilling climax. AC Milan hosts Sassuolo on Wednesday from 17:30 GMT to kick start a seven-game programme. Armchair fans hope this match sets the tempo for an enjoyable evening of action.

Milan will be looking to do the double over Sassuolo after beating them earlier in the season, but recent games involving these clubs have been tight. Will we see a repeat performance in midweek? It’s worth noting each of the last two clashes has ended in 2-1 wins for Milan. There has been no more than one goal between the pair in their previous four meetings.

AC Milan remains in the title hunt this season and looks to have already seen off last season’s champions, Juventus. The locals start this match second in the table behind derby rivals Inter Milan, but time runs out to overtake them into pole position. AC have 66 points on the board, with Inter currently on 75.

The hosts line up unbeaten in their last four games, winning three and drawing the spare. They were last seen collecting a crucial three points thanks to a 2-1 victory at this venue over Genoa. The victors had to roll up their sleeves and work for the win, but they got the job done thanks to goals from Rebic and a Scamacca OG.

Sassuolo requires the points for a different reason to the home team. They have no chance of winning the Serie A title, but they fight to keep alive their hopes of a European finish and spot in next season’s Europa League. The visitors start eighth in the table with 46 points on the board. They have won 12, drawn 10 and lost nine games to date. Regardless of how they finish the season, it has been a decent campaign food Sassuolo.

The visitors arrive in town on the back of a decent run of form and have won each of their last two games. The six points gained kept them in the running for Europe, but those wins came on the back of a patchy spell. They have won two, lost two and drawn one of their last five league matches. They will arrive in Milan knowing the size of the task ahead of them but hoping to serve up a challenge.

There’s plenty for both teams to play for here, so we shouldn’t see the monotonous type of match we have come to expect this late in the season. Milan knows their title hopes are hanging by a thread. All they can do is keep winning and hope Inter Milan slip up more than once in the closing weeks of the campaign.

It looked like Sassuolo had run their race and were winding down to a mid table finish. Back-to-back wins have thrown them into contention for a European finish, however, and that should be enough to keep the players interested. This is a must-win match for both teams involved.