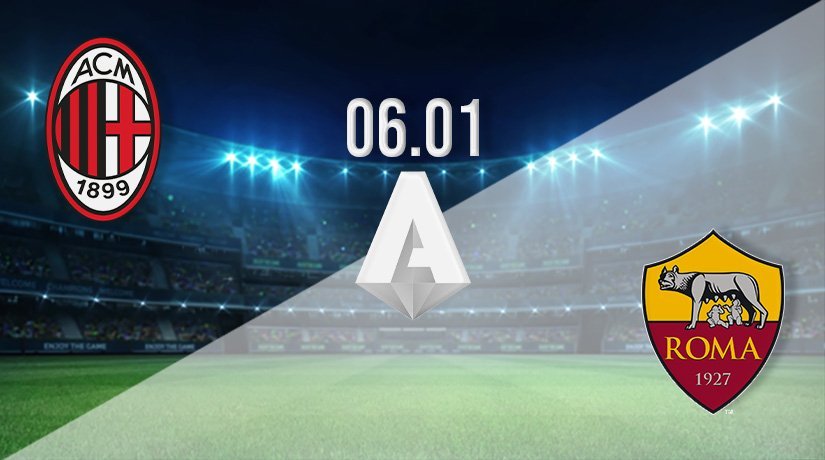 Second-placed AC Milan welcome Jose Mourinho’s sixth-placed Roma to the San Siro on Thursday at 18:30 GMT for a crucial Serie A fixture for both sides

Can AC Milan Regain the Consistency from Earlier in the Season to Challenge Inter?

Stefano Pioli’s side have dropped off their levels of consistency and relentlessness from earlier in the season in recent matches. This has seen Inter overtake them on the table and open up a 4-point lead at the top of the table.

Milan will be hoping to recapture their consistency and cutting edge against a Mourinho side that is showing signs of good form in Serie A.

Pioli will also be wary of losing further ground in the race for the Scudetto against an in-form Inter side.

Can Roma Continue their Good Form to Challenge for Champions League Qualification?

Roma are unbeaten in three matches. This good run of form has seen Mourinho’s side up to 6th on 32 points, with a gap of 6 points to 4th-placed Atalanta.

Roma will need to maintain their consistency to stand a chance of overtaking the Juventus (5th with 34 points) and Atalanta, into the fourth berth on Serie A and earn qualification of next season’s Champions League.

Pioli’s side have collected 10 points from the last 6 rounds of fixtures in Serie A. The dropped 8 points have come in defeats to Sassuolo (3-1) and Napoli (1-0) as well as a draw with Udinese (1-1).

Milan’s home form has not been stellar having lost two and drawn one in their last six fixtures in Serie A.

In this run of fixtures, league leaders Inter have won 5 and drawn 1, and thus hauled 16 out of 18 points. Milan need to improve their home form to stand a chance of chasing down Inter at the top of the Serie A table.

Mourinho’s side have hauled 10 points and dropped 8 in their last six outings in Serie A. In this run, they have lost two consecutive matches against Bologna (1-0) and Inter (3-0) and a draw with Sampdoria (1-1).

Away from home, Roma have won 3 and lost 3 matches, which means Mourinho’s side have collected 9 points around of the available 18 in the last six rounds of Serie A fixtures.

Pioli will be without Franck Kessie and Ismael Bennacer, who have both been called up to their national teams for the African Cup of Nations as from January 1st, 2022.

Ac Milan also have injury concerns, such as Simon Kjaer, who is nursing a ruptured cruciate ligament. Alessandro Plizzari is out of contention after undergoing knee surgery.

Pioli will also be without Pietor Pellegri; with the 20-year-old centre-forward tearing is abductor muscle. Davide Calabria strained his calf is, therefore, a doubt for the Roma clash.

Mourinho will be sweating about the availability of his leading striker Tammy Abraham. The 24-year-old Englishman is nursing an ankle injury suffered on December 22nd, and is expected to recover by January 5th, a day before the match against Milan.

Roma will also be without suspended centre-forward Federico Fazio since August 1st.

The former Chelsea striker has netted 12 goals and 3 assists in 24 appearances this season. The England international, if he will be passed fit for the match against Milan, will be crucial to Mourinho’s chances of taking something from the match.

The French international is experienced in big matches, and can be a massive asset for Milan as they seek to keep pace with Inter at the top of the table.

His 4 goals and 1 assist this season have been crucial for Milan, and he will play a crucial role in Milan’s clash with Roma on Thursday.

Expect Roma to approach the match with solidity and discipline. Mourinho will not want to give away easy chances to Milan, therefore, he will have his side play compactly to close the gaps and make it hard for Milan to penetrate. AC Milan will take the initiative and dominant possession against Roma.

Milan have enough firepower and quality to overcome Roma ad take all 3 points.

Make sure to bet on AC Milan vs Roma with 22Bet!