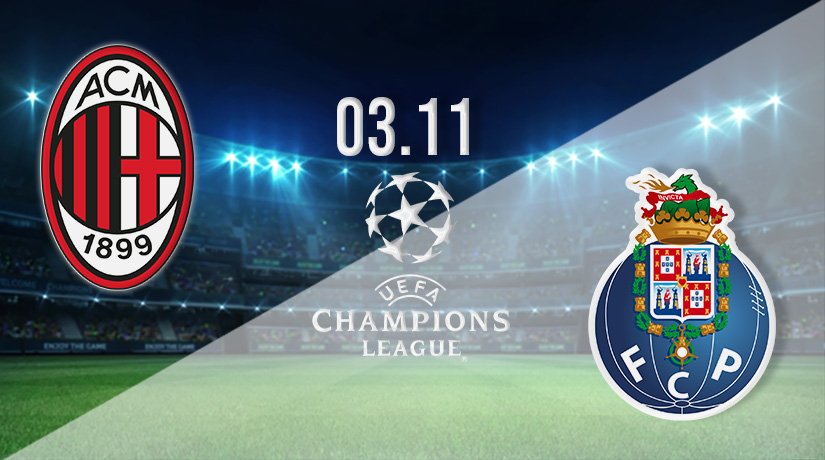 Action in Group B will resume on Wednesday as AC Milan play host to Porto in Milan at 18:45 GMT.

AC Milan will be seeking to get the first points of their underwhelming Champions League season.

Porto will be looking to capitalize on any result coming from the other fixture of Group B between Liverpool and Atletico Madrid at Anfield.

The Rossoneri have made a nightmare start to life back in Europe’s top club competition. Stefan Pioli’s men have lost all three matches in Group B and are rooted to the group’s basement with 0 points.

In the Scudetto race, Milan won their last five matches in Serie A and are level on 31 points with league leaders Napoli.

It has been baffling why Pioli has been unable to transfer the Serie A form into the Champions League fixtures.

Fresh from inflicting Jose Mourinho’s first-ever home defeat at home, in their 2-1 win at Roma, the Rossoneri will be looking to get their first points on board against Porto.

Can Porto Pip Atletico Madrid to Second Place in Group B?

Quarter-finalists last season, Porto have pedigree in the Champions League in recent years. They acquitted themselves admirably against eventual winners Chelsea in that quarter-final, losing 2-1 on aggregate.

This season, they are level on 4 points with Atletico Madrid in the group, who take on the leaders Liverpool at Anfield on Wednesday.

In the first leg, Porto beat Milan 1-0 to win all three points and get their campaign on track after the heavy 1-5 defeat to Liverpool on home soil.

Like Milan, Sérgio Conceição’s men have won their last five matches in the Primeira Liga, and they sit atop the table, level on 26 points with Sporting after 10 matches.

This fixture promises to be a cracking one as each team gives their all to take all three points. A draw will not be beneficial to either of them.

In all competitions, Porto has won four and lost one of their last five matches. The Rossoneri have an identical run, with four wins and one defeat in a run of five outings.

The only defeat that AC Milan has suffered in this run has been in the Champions League against Porto at the Estadio do Dragao.

AC Milan will be without six players with injuries. These include Samu Castillejo with a hamstring, Ante Rebic with a sprained ankle, and Junior Messias with a muscle injury.

Other doubts include midfielder Alessandro Florenzi and goalkeepers Mike Miagnan and Alessandro Plizzari.

Porto are likely to be without Wendell, out with a knee injury, and expected to return in the early parts of November.

At 40 years, Zlatan Ibrahimovic shows no signs of slowing down. Fresh from notching a goal to help Milan overcome Jose Mourinho’s Roma, the Swede will be rearing to go as the Rossoneri seek to revive their chances of qualifying for the later stages of the Champions League.

Ibrahimovic is a player for the big stage, and he has proven before that he thrives in high-pressure moments. Milan will be looking to him to provide the goals they will need to overcome Porto.

As the most experienced member of Pioli’s squad, Ibrahimovic will play a pivotal role in leading Milan in a do-or-die outing at the San Siro.

Kessie has been one of the driving forces of Milan’s title charge this season. As a box-to-box midfielder, Kessie offers thrust going forward, ball retention, and defensive solidity.

Against a good Porto side, Stefan Pioli will need his midfielder to have a top game to wrestle control of the midfield battle from the opponent, maintain possession, and provide the basis for attacks and support Ibrahimovic up front.

Oliveira is the creative and scoring midfielder at the heart of all the good and dangerous play of Porto.

His deft touch, close control, one-two passing, runs in behind, assists, and goal-scoring are all crucial tools in Porto’s armor. Therefore, he will be one to watch in this match at the San Siro.

Porto’s two strikers are crucial to the danger that the team will pose against Milan.

Their attacking play as a duo and connection to the rest of the team through the middle and on the wings will be vital in causing the Milan defense trouble.

Expect this match to be closely contested between two equally matched teams fighting for their Champions League survival.

Milan will show much more urgency and intensity given they are playing at home and the fact that they have not won a single match in this year’s campaign.

The Rossoneri are in good form in Serie A and need to translate it into the European competition and give their campaign a shot in the arm.

Porto will play their high-intensity pressing game, which has been effective to a significant extent in their recent successes in the competition.

The fact that Milan are playing at home, coupled with the fine form they have enjoyed so far in Serie A, expect Milan to open their account in Europe and win their first three points.

Make sure to bet on AC Milan vs Porto with 22Bet!