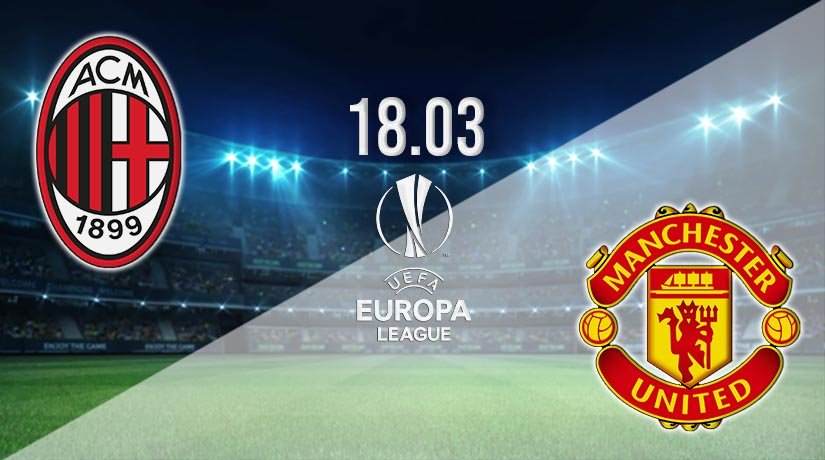 It’s the second leg of the Europa League Round of 16 on Thursday evening with many ties hanging in the balance. One game that certainly remains competitive comes from Italy where Serie A side AC Milan line up against Premier League club Manchester United. This match will be shown live on television from 20:00 with extra-time and penalties a possibility.

The aggregate score stands at 1-1 following the first leg at Old Trafford seven days ago. The Red Devils failed to make home advantage count handing the advantage to their opponents but victory in Milan would see Man Utd progress. Many pundits believe the winner of this season’s Europa League will come out of this game. Which team will it be?

AC Milan went to Old Trafford as the underdogs but came away with a draw and invaluable away goal. The tie isn’t over yet, but the home team know if they can keep their opponents from scoring, they will progress to the next round. That’s easier said than done, of course, but there is confidence in the ranks following their strong performance in England.

After a goalless first half, the opening leg exploded to life when Diallo scored the opening goal following good work from Bruno Fernandes. It looked like the one goal would be enough to give Man Utd victory, but Milan had other ideas, Kjaer striking with 92 minutes on the clock to rescue a draw for the Italians. It was a late goal, but it could prove vital.

Man Utd must score in Milan

The Man Utd team will be kicking themselves for conceding late and taking a draw from a game they should have won. It was a rare lapse in concentration and the late goal for Milan gives this tie an entirely new edge. A goalless draw would see Milan progress so Man Utd know they must find the net in Italy at least once. A 1-1 draw brings the game to extra-time, but a win of any nature would secure their place in the next round.

Man Utd sit second in the English Premier League and are likely to finish as runners up behind champions-elect Man City. The visitors warmed up for this game with a crucial 1-0 home win over West Ham United on Sunday with the winning goal coming in the form of an OG from Dawson with 53 minutes on the clock. A repeat here would see them progress.

Both teams are likely to be playing Champions League football next season so may not see this competition as top of their priorities. It does promise to be a thrilling watch for armchair fans, however, and those following the play at home will be eager to see a few more goals in the game.

Make sure to bet on AC Milan vs Man Utd with 22Bet!