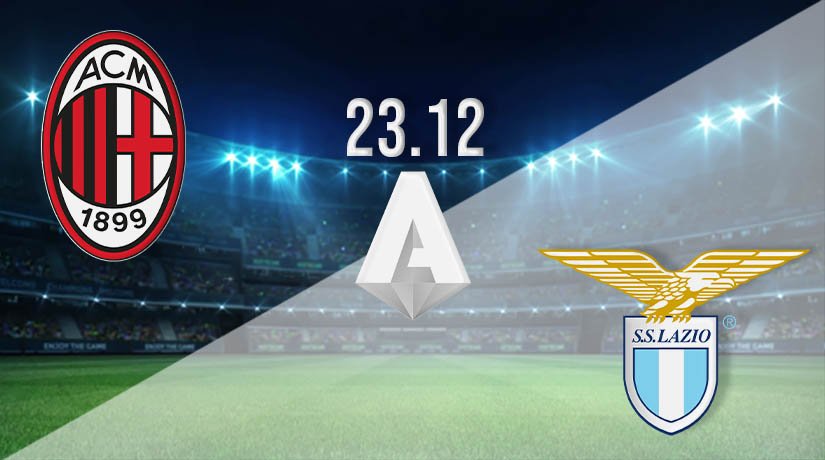 Eight games are scheduled to be played in the top tier of Italian football on Wednesday evening as teams battle to pick up three points before heading into a winter break that will take them to 3 January. The promise of rest should inspire a big performance from the players of AC Milan and Lazio who clash in our game of the day from 19:45 GMT.

Flicking through the stats associated with this fixture to uncover clues as to how this game might go, we notice AC Milan dominate the head-to-head stats with 31 wins against the 13 of Lazio and 28 draws. The most recent clash ended in a convincing 3-0 win for AC Milan in July as they gained revenge for a 2-1 home defeat suffered against Lazio earlier in the campaign.

AC Milan start the week top of Serie A following a stunning start to the season that has seen them bag nine wins and four draws in their first 13 games. The home team are one of only two unbeaten sides left in this competition, the other being champions Juventus. Milan have 31 points on the board which is one more than nearest rivals Inter Milan in second place and four above Juventus who open in third.

Despite their lofty position, Milan drew two games back-to-back before making a welcome return to winning ways at the weekend. They recovered to edge Sassuolo 2-1 away from home on Sunday, collecting all three points thanks to goals from Leoa and Saelemaekers. Those strikes put Milan 2-0 up inside 26 minutes, the beaten team scoring a consolation goal in the dying seconds of the contest to save face.

Lazio arrive in town with their league stats showing six wins against three draws and four defeats, scoring 20 goals but conceding the same number. The 21 points against their name places them eighth in the league table but they are within striking distance of the prize places with Roma in fourth just three points better off at this stage.

The visitors have suffered from a lack of consistency of late, winning two, losing two and drawing one of their last five. They are unbeaten in their two most recent outings, however, following a draw with victory over Napoli at the weekend. Goals from Immobile and Alconchel secured an important three points over a talented opponent and helped boost confidence.

AC Milan are the home team and sit top of the league knowing victory here would secure their place until the new year. That’s a real incentive and one that won’t be wasted on anyone camped in the home dressing room. Lazio have blown hot and cold this season but showed exactly what they are capable of when beating Napoli last time out. They arrive in high spirits and eager to score another massive three points.

Make sure to bet on AC Milan vs Lazio with 22Bet!