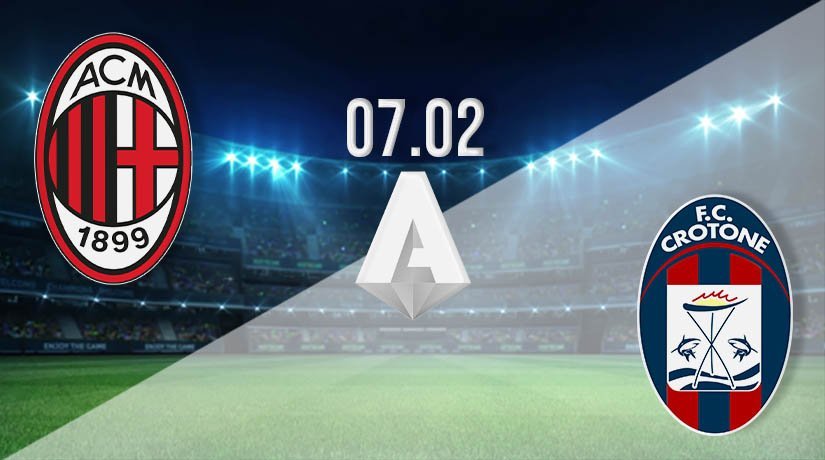 AC Milan will be looking to at least maintain the lead that they have built up at the top of the Serie A table on Sunday night, as they come up against Crotone at the San Siro.

AC Milan’s invincibility in Serie A may now be a thing of the past, but they remain in a strong position at the top of the league table. The lead that they have is a slim one, but the mentality of their players has been strong to consistently bounce back from setbacks in the first half of the season. They haven’t allowed defeats to end their optimism that they can win the league title, as they have bounced back to winning ways in their following games. There was more evidence of this last weekend, as Milan bounced back from defeat with a victory against Bologna. Milan controlled the game throughout, and took a 2-0 lead. Ante Rebic scored the opening goal after 26 minutes, before Franck Kessie extended their lead in the second period. Kessie has proven to be an important player for Milan this term, as he has scored seven goals and made two assists in his 19 games.

Crotone will face a massive challenge in Serie A against Milan, as they have struggled for results throughout the season to this point. They are currently at the bottom of the league table, and have won just three times in 20 games. Crotone have lost more games than any other side in the Italian top-flight this season, but they remain in with a chance of survival this term and there is just three points between themselves and 17th placed Torino. Crotone come to the San Siro having lost their last two. They were well-beaten by Genoa in their last fixture in Serie A.

AC Milan have a near-perfect record against Crotone, as they have won all but one of the Serie A fixtures that they have played against their opponents. Crotone’s only positive result against Milan came in the form over a 1-1 draw in April 2017.

This shouldn’t be a difficult challenge ahead for Milan, as they should comfortably take all three points against Crotone on Sunday. The over 2.5 goals bet could be a popular one with bettors for this fixture.

Make sure to bet on AC Milan vs Crotone with 22Bet!