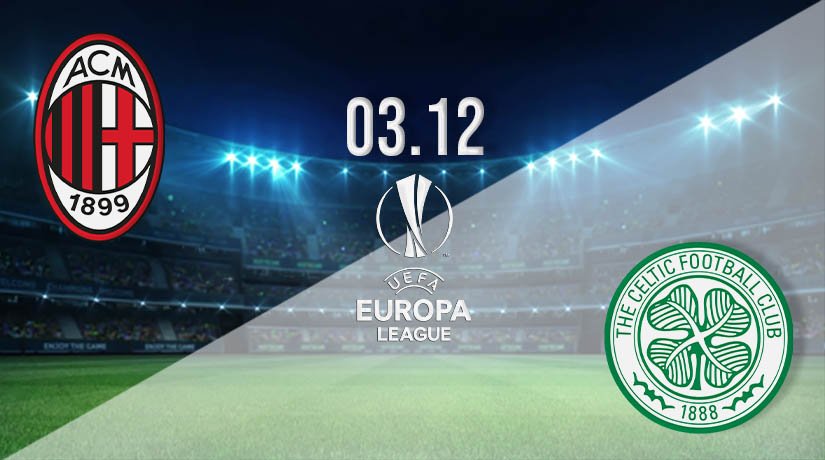 Europa League action is back on Thursday evening and we focus on an important Group H match played in Italy from 17:55 involving AC Milan and Glasgow Celtic. The hosts are pushing for top spot in the pool and a place in the knockout stages of the competition while their opponents are struggling and bottom of the pile.

The stats show AC Milan and Celtic have met 11 times in the past on competitive action with the Serie A giants enjoying the lion’s share of success. Milan boast seven wins against the one of Celtic and three draws. They eased to a 3-1 victory at Parkhead earlier in the group and fans will expect them to do something similar here.

Milan in the mix

AC Milan start this game second in the group behind leaders Lille. The Italians have won two, drawn one, and lost one game so far, scoring seven goals and conceding five. They are one point behind the leaders but only one ahead of Sparta Prague in third. The competitive nature of this group means all teams involved except Celtic have a chance to finish in top spot.

Despite their current position, Milan kick-off winless in their last two Europa League games, following defeat with a draw last time. They finished 1-1 in France but bounced back to record an impressive 2-0 Serie A victory over Fiorentina on Sunday thanks to goals from Romagnoli and Kessie, the latter coming from the penalty spot.

This has proven to be a sorry campaign for Celtic who entered the groups with high hopes of qualifying after dropping down from the Champions League. Visiting manager Neil Lennon is under an immense amount of pressure from many fans to quit after a dismal run of form that has left the Scots out of Europe, out of the League Cup and trailing Rangers by 11 points in the Premiership. It’ll take a massive effort to turn their season around.

Celtic are fourth of four in Group H with one point on the board. They have yet to win a game, drawing one and losing three, scoring five goals but conceding thirteen. Defeat in each of their last two Europa League matches means they now have nothing to play for between now and the final game. Will the players be up for this match, aiming to prove they belong at the club or will they bow out without a fight?

AC Milan are the home team in great form and will be expected to beat an opponent who are down in the dumps. Milan’s best should be good enough to grab the points and move them a step closer to the next round, but it’ll be interesting to see how much fight Celtic have. Many in the away dressing room know their future is on the line.

Make sure to bet on AC Milan vs Celtic with 22Bet!