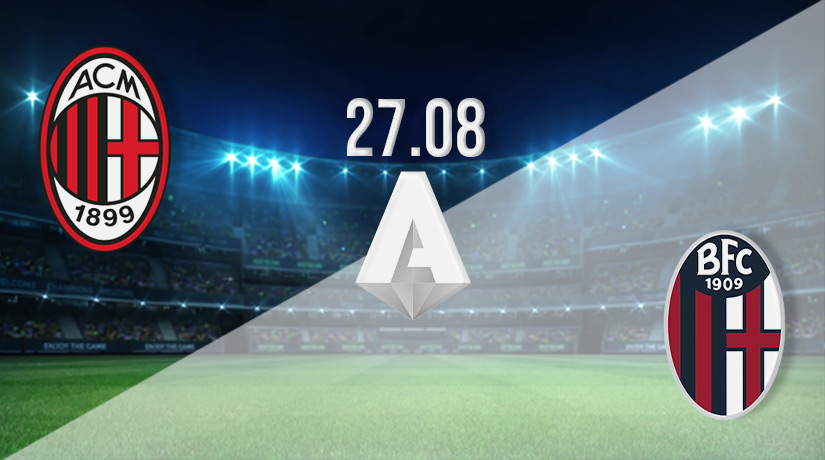 Last season’s Italian champions are in action on Saturday at the San Siro this weekend, as AC Milan look to bounce back from the draw that they picked up last weekend. Bologna are yet to win this term, but a lot of confidence could be built from a famous success in Milan.

It always appeared to be a tall order for AC Milan to retain their Serie A title this season, but the minimum goal would be to finish the season in a Champions League place. They have started the new season relatively well, as they have picked up four points from a possible six.

Milan were winners on the opening day of the season, as they hammered Udinese 4-2 at the San Siro. However, they weren’t able to record a second straight win at the start of the campaign, as they could only pick up a point against Atalanta last weekend.

Atalanta went ahead in the first half of that fixture, but Milan managed to regain their composure as the match progressed. They finally netted their equalising goal with just over 20 minutes remaining, as Ismael Bennacer broke the Atalanta resistance.

It hasn’t been the start to the season that Bologna would have been hoping for, as they are still looking for a first victory of the campaign. They have picked up just one point from their opening two games, and they have already allowed three goals against.

However, they bounced back from defeat on the opening day against Lazio last weekend, as they picked up a draw against Verona. Marko Arnautovic opened the scoring for Bologna after 20 minutes, but Verona fought back before the break. There would be disappointment in the second half, as Riccardo Orsolini was sent off for Bologna.

Milan’s start to the new season has been relatively strong, and we find it challenging to see past them getting maximum points on Saturday. However, it’s unlikely to be a high-scoring game, as we could see a single goal separating the sides.