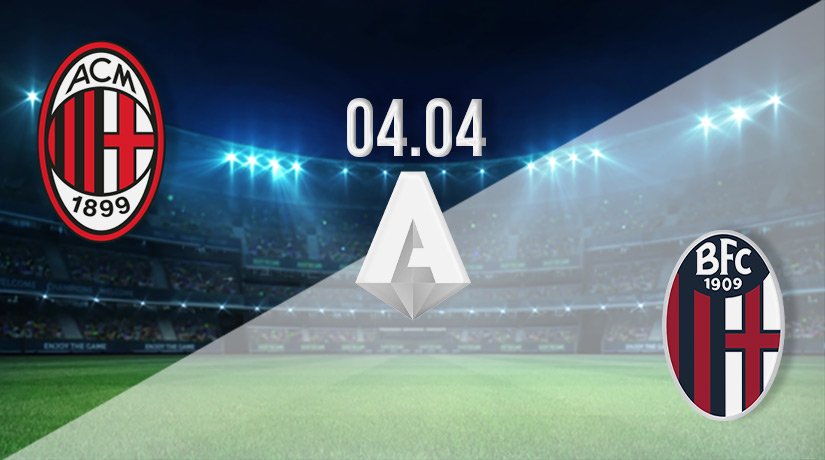 The race for Italy’s top prize is set to go down to the wire this season. AC Milan are currently leading the race for the Serie A title, and will be looking to extend their advantage in the title race on Monday evening when they take on Bologna at the San Siro.

It could be a very famous season for AC Milan, as they look to win their first Serie A title since the 2010-11 season. The advantage is currently with Milan, as they sit three clear of Napoli, and are a six points ahead of Inter Milan with just eight games left to play.

Milan have managed to turn their form back on in recent weeks, as they have won their previous three. They are also unbeaten in their last five games in Serie A, which is something that the other two sides in the title race have been unable to do. Milan have found ways to win close fixtures in recent weeks, which includes the 1-0 victory that they achieved on the road a couple of weeks ago against Cagliari. Ismael Bennacer scored the all-important winner after 59 minutes.

Bologna are stuck in the middle of the Serie A standings coming into this fixture. But, they do appear to be safe from the risk of relegation, as they are eleven clear of the drop zone. Bologna have really struggled for wins in recent weeks, as they have gone four without a victory.

They have been beaten in their previous two fixtures in Serie A. Their latest defeat came in a home fixture against Atalanta, as the visitors stole the points late in the day, as they fired the winner with just eight minutes remaining.

AC Milan have an excellent record in this fixture, as they have won their previous six meetings against Bologna. That includes their win earlier in the season against their rivals, as they won 4-2 away from home. Bologna’s last win against Milan came back in 2016.

The momentum is very much with Milan in the Serie A title race, and we can’t see them having too many issues with this fixture on Monday night. We expect the hosts to claim the points and re-establish their lead at the top of the standings.