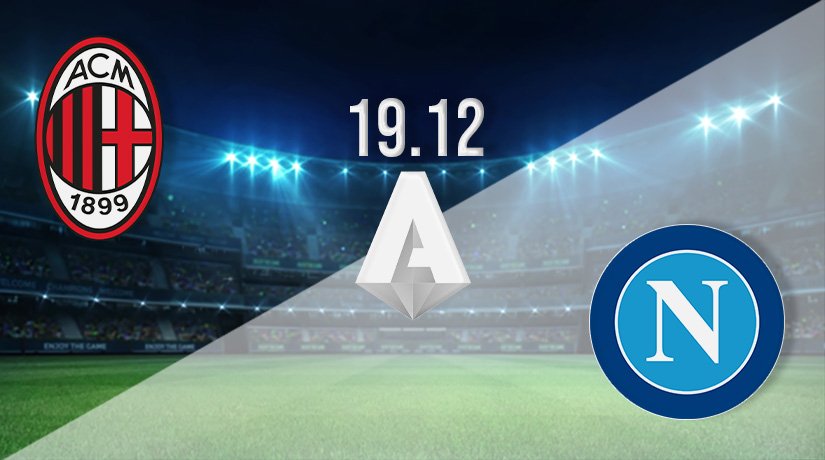 Italian football enthusiasts have a busy Sunday ahead with a total of five Serie A matches on the schedule. With the kick-off times ranging between 11:30 and 19:45, it promises to be an action-packed day with plenty of goals scored and even more talking points to work through by the final whistle of the last match. Sitting at the top of the bill is a game that has everyone excited as AC Milan, and Napoli go head to head from 19:45 GMT. There’s still plenty of football to be played this season, but it wouldn’t rate as a major surprise if either of these sides were to go on and lift the league trophy.

Both Milan and Napoli started the week in the top four, and finishing there will be the least fans expect of them this season. The goal for these clubs is always to secure Champions League football, and they are both on course to achieve that, but fans will be willing their heroes to dream big and go for the trophy, giving them a reason to cheer during the first half of 2022. Which team will bag the three points in Sunday’s headline act?

These sides have met a total of 47 times in the past, and the head to head stats make for interesting reading. There’s very little between the pair, with AC Milan holding a slight advantage on 15 wins against the 13 of Napoli with 19 draws. The most recent meeting at this venue was back in March when Napoli nicked a surprise 1-0 win thanks to a goal from Matteo Politano on 49 minutes. Will this be repeat or revenge?

AC Milan are back on track

AC Milan started this week second in the league behind derby rivals and their main challengers to the crown, Inter Milan. This season could develop into a straight shoot out between the two teams from Milan, but for that to happen, they must both hold their form this winter. At present, just four points separate the top four teams in the league, but the Milan teams boast recent unbeaten records and appear capable of turning up the heat on the chasing pack. AC Milan know what is expected of them, and they are aware that their best chance to win the league comes from winning their home games.

They have a season record of 12 wins, three draws and two defeats, with 36 goals scored and 19 conceded. On closer inspection of those numbers, we note that AC Milan has drawn fewer games than Inter Milan but have lost more. They have also conceded four more goals than the current leaders, and that’s something that will worry the coaching staff and the fans. The key to challenging for any major competition in football is building everything off a solid defence. The AC Milan backroom staff are experienced enough to know that.

The home team came through a tricky spell when losing two games on the bounce but responded with a three-game unbeaten run that drove them back into contention. They won their next two before fighting out a draw in their most recent match. That level finish came against Udinese on the road last Saturday, with the game ending 1-1. Milan needed a stoppage-time goal from fans favourite and Mr Reliable Ibrahimovic to rescue a point and avoid what would have been a crushing defeat.

Napoli have run into trouble

Napoli started the season like a team destined to win the league, and fans hoped against all hope that their players would hold their form. It’s a long, tough season in Italy, especially when we get into winter. The inevitable drop in standards came from the visiting side as they surrendered the top spot in the league and are now battling to get back into the title race. Napoli needs a shot in the arm, a result that would help restore confidence in the team, and an away win over Milan would certainly achieve that.

The visitors entered this week sitting down in fourth place, desperately clinging on to the UEFA Champions League slots before the end of the year. They want to finish strong and give themselves a strong foundation on which to build when returning to action in 2022. Fans of Napoli know they are up against it here and will get nothing cheaply in Milan, but they are also aware their squad is packed with fighting spirit. All they need is that one bit of good fortune to get back on track.

Their recent form is poor, with just one win in their last five league games. That barren spell is made up of three defeats and a draw. The visitors are winless in their last three league games, taking one of the nine points that have been available to them. They lost back to back games against Atalanta and Empoli, with both defeats coming at home. They did secure a 3-2 home win over English Premier League side Leicester City in the Europa League earlier this month in what was a bit of an upset.

AC Milan holds the home advantage, and they are showing much better form than their visitors. Confidence is high in the camp, and it would come as no surprise to see them pushing hard for the title later this season. They have the belief, the form and the players capable of winning important points at home and beating teams around them in the division.

Napoli is capable of much better than they have shown in recent weeks. The away side have been performing well below expectations, and everyone in the dressing room will appreciate that. Pressure is building on this Napoli squad, and if they continue to under-achieve certain players could find themselves replaced during the winter transfer window. Some of these men are fighting for their futures.

Make sure to bet on AC Milan v Napoli with 22Bet!