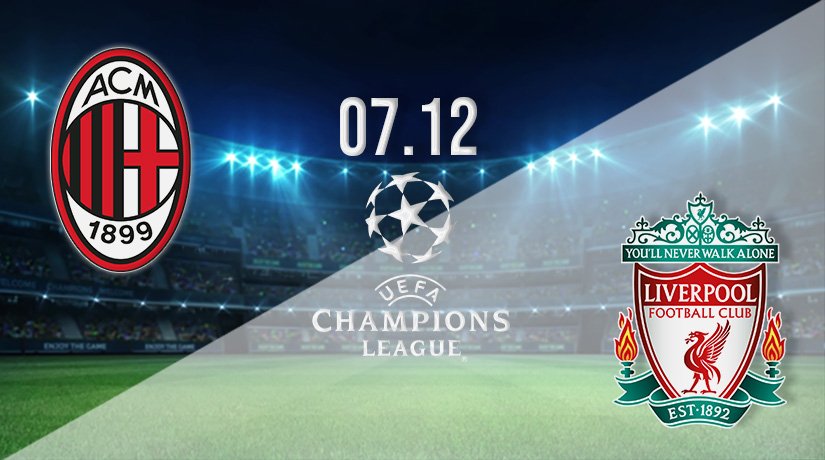 Liverpool are back in Champions League action on Tuesday when travelling to Serie A side AC Milan. This will be the final outing of the group campaign for both teams, and with the Reds having already won the game and booked their place in the next round, manager Jurgen Klopp may decide to rest a few of his regulars for this match.

Win, lose or draw, Liverpool will go through to the next round as winners of Group B.

The away team are in a comfortable position and can afford to look ahead to their next match, but that’s not a luxury that is afforded to the home team.

AC Milan is hanging on and know if they fail to win this match at home against their English opponents, they will exit the Champions League at the earliest opportunity. This is an all or nothing scenario for Milan, and that should make for a thrilling 90 minutes for armchair fans.

These sides have met only three times previously in competitive action, and the head to head stats are an even split of one win each with a single draw making up the numbers. The pair faced off back in September at Anfield, where Liverpool claimed the win and the points thanks to a 3-2 result.

The stats show 14 goals have been scored in the three matches involving AC and the Reds. Neutrals hope this renewal falls into line and provides viewers with a fair share of talking points.

AC Milan are unbeaten in two

AC Milan is currently third in the group with four points on the board, one fewer than second-placed Porto and level with bottom club Atletico Madrid. Both Porto and Madrid meet in the group’s other match, meaning fans of Milan will be watching their team in action against Liverpool but will also have an eye on the scores in Portugal.

The best-case scenario for AC Milan on Tuesday evening is a solid home win over Liverpool with Porto and Atletico Madrid fighting out a draw. That would allow AC Milan to sneak into the runners up finish at late notice, bagging their place in the next round of the Champions League.

Despite being picked out as a potential challenger to Liverpool’s dominance, AC Milan started slow and lost each of their first three group matches, leaving them stranded at the bottom of the pool. Their challenge was almost over before it had even begun but AC Milan isn’t a team that lies down and accepts it’s over.

They battled back, claiming four of the last six points available to them, and the Italians are now in with a real chance of going through. They must win and hope for a favour in Portugal, but they are in the hunt.

AC Milan stopped the rot of three defeats with a draw against Porto before finally chalking up their first win of the campaign when beating Atletico Madrid last time out. The three points earned that day came thanks to a 1-0 in Spain in round five, with the winning goal scored by Messias on 87 minutes.

Since then, AC Milan has lost 3-1 at home to Sassuolo, beat Genoa 3-0 and brushed past Salernitana 2-0 at home on Saturday. Confidence is high in the home dressing room, but Milan knows the size of the task ahead of them here.

The Reds can relax

Liverpool famously won the Champions League last when beating fellow Premier League side Tottenham in the final before building on that success to win the league title in the next season.

They were forced to watch last season’s Champions League final as spectators like the rest of us as Chelsea upset the odds to beat Man City. Klopp’s men were poor last term but seem determined to put that all behind them and get back on form this term. The early signs are promising for fans, with Liverpool finishing top of the group with a game to spare and challenging for the Premier League.

The visitors haven’t put a foot wrong so far, collecting 15 points from their five group games. They have been impressive, winning each group match, scoring 15 goals and conceding only five. They have nothing to play for here and can afford to take their foot off the gas if they want to.

Regardless of the outcome of this match, Liverpool will be playing Champions League knockout football in 2022 and will do so as group winners. Will we see Klopp push for the perfect group record, or will be decide to rest a few players for this road trip?

Liverpool has played twice already this month in the league and has won twice, beating Everton 4-1 at Goodison Park before edging Wolves 1-0 on the road at the weekend.

The winning goal at Wolves was scored by Origi with 94 minutes on the clock, and its narrow wins like that fans can look back on as an important three points if their team goes on to regain the league trophy later this season.

This match means more to AC Milan than it does Liverpool as the home team know they must win. The Italians will have the backing of the stands, know they pushed Liverpool hard at Anfield and take confidence from the fact they are unbeaten in their last two games.

This match isn’t ideal, but it comes at the right time for Milan, and they know exactly what they have to do to go through.

What version of Liverpool will we see here? Could it be a side that wants to send out a message of intent to the rest of the competition by winning the group and doing it in style

Or will Klopp allow his key players to remain at home and rest up ahead of their home match against Aston Villa on Saturday when Steven Gerrard returns to the club he captained?

Make sure to bet on AC Milan v Liverpool with 22Bet!