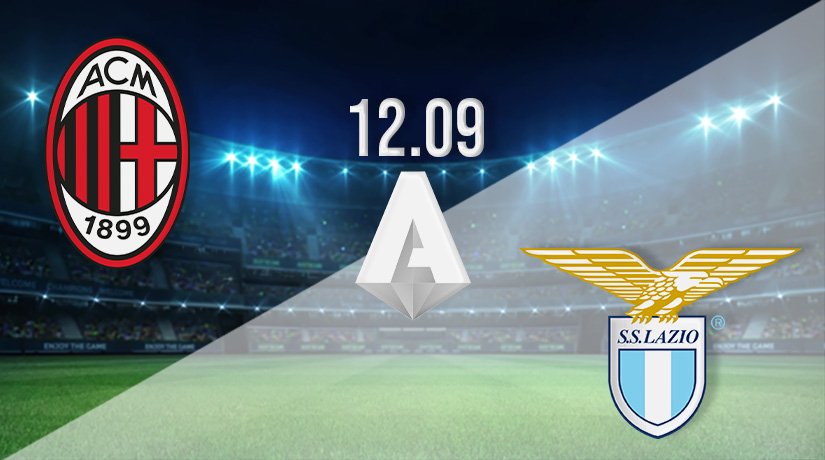 There’s plenty to keep followers of Italian football interested on Sunday with six games on the programme. The action gets underway at 11:30 when Sampdoria take on Inter Milan with the matches coming thick and fast until Roma and Sassuolo bring the curtain down at 19:45 in a match that will be shown live on TV. A hectic day lies ahead for the armchair fans with plenty of talking points. The game that caught our eye and will be previewed by our team of football writers on this page involves AC Milan and Lazio who start at 17:00 GMT.

The locals are the pundits’ pick to collect all three points in this match and make full use of their home advantage but it won’t be easy. AC will be pushed hard by an improving Lazio side that has been performing below expectations in recent seasons but has the quality and fights to challenge for the major places this term. Taking three points from Milan would certainly improve their chances of achieving that.

Looking through the head-to-head stats attached to this fixture we note the team playing at home took all three points in each of the two meetings last season. Milan edged a thrilling contest by the odd goal in five back in December before Lazio smashed their way to a stunning 3-0 victory when starting as the local side in April. Will that trend continue or can Lazio cause an upset by getting at least a point from the contest?

AC Milan is one of only five teams in Serie A with an unblemished record after two rounds of fixtures. They have collected six points from their first two matches, scoring five goals and conceding one. That effort leaves them three goals behind current leader Lazio, but victory here could see them race into pole position and that will be the driving force during the home team’s preparation. They have a chance to continue their winning ways while sending out a statement of intent to the rest of the division.

They opened the show with a hard-fought 1-0 win over Sampdoria on Monday 23 August with the opening goal scored by Diaz. He notched the opener inside the first nine minutes of the match but his teammates were unable to increase their advantage despite creating several scoring chances. The points are more important than the performance at this stage of the campaign but Milan followers will hope their side will be more ruthless in attacking areas of the field this season.

Milan made their home debut of the season and continued their winning form in style when smashing Cagliari 4-1 last time. Goals from Tonali, da Conceicao Leao and a Giroud double ensured it was a comfortable afternoon for AC Milan but Cagliari didn’t go down without a fight. They hit back through Deiola with 15 minutes gone but that proved to be little more than a consolation goal for the beaten side. It was job done for AC and they showed the improvement fans had hoped for.

Lazio lead from the front

Lazio is top of the league after two games played with six points on the board. They have played two, won two, scored nine goals and conceded two. That places them top of the table on goal difference and they are currently one goal better than nearest rivals Inter Milan and Roma. If the early exchanges of this season are anything to go by this is going to be one of the most competitive Serie A campaigns in recent years. Three points for Lazio would see them hold their position and show they should be taken seriously as title challengers.

Lazio brought the curtain up with a convincing away win over a decent Empoli side, easing to a 3-1 victory. The beaten team took the lead in that game with a goal inside four minutes but Lazio hit back less than two minutes later, with Milinkovic-Savic levelling at 1-1. From there, Lazio proved too strong for their opponents and goals from Lazzari and Immobile ensured they got the points without fuss. Lazio were better than the final score suggests, and the margin of victory should have been greater.

There was more to come from them on matchday two when marking their home win debut with a stunning victory over Spezia. Lazio won that match 6-1, and there was a hattrick for Immobile, who bagged three goals in the first half. Felipe Anderson, Hysaj and Romero Alconchel chipped in with the other three goals in what was a show of strength by Lazio. The exciting thing for fans is there’s plenty more to come from the team, and they’ll hope to see it in this match.

This promises to be a thrilling contest involving two teams who have genuine ambitions of winning the league. The poor start for pre-season favourites Juventus strengthens their hand. The league champion won’t come out of this game but AC Milan and Lazio will be desperate to maintain their 100% record while taking out a rival in the process.

Both teams enter high on confidence with the belief that they are good enough to win the match. They have been scoring plenty of goals already, but the key to victory in this game will be in defence. The team that handles the big occasion better and holds their nerve in defence will be the one that comes away with the win.

22bet members can gamble on this Serie A match, and the home win for AC Milan is priced at 2.225. Lazio to leave with the victory is 3.09, or there’s a draw that can be backed at 3.56. In addition to the match betting prices, there are also dozens of specials, such as both teams to score, handicap, correct score, first goalscorer and more. These markets will be available pre-match and in-play.

Make sure to bet on AC Milan v Lazio with 22Bet!