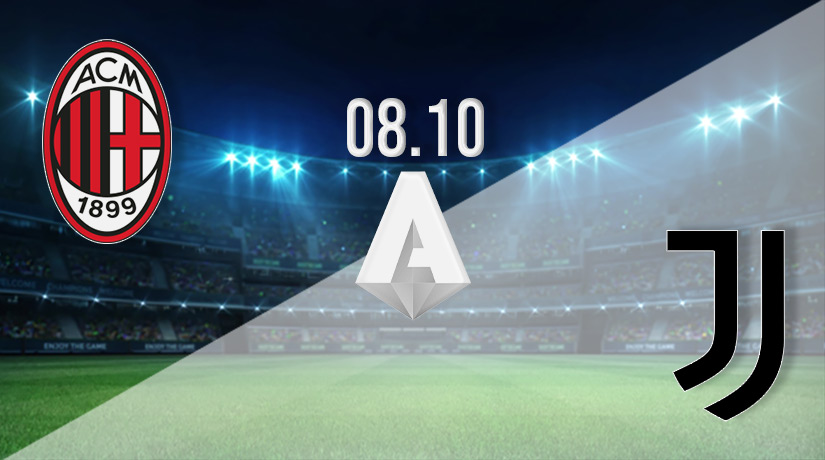 Following a high-paced and exciting midweek spent enjoying the UEFA Champions League, Europa League and the Europa Conference League, football fans return to their chosen domestic competitions. Europe’s leading tournaments are out in force, desperate to shine and get through another round of fixtures as the international break for the World Cup draws ever closer. There are matches from the English Premier League, Spanish La Liga, French Ligue 1, German Bundesliga and the Italian Serie A. You’ll find the best of the action covered right here.

On this page, we focus on the main attraction from Italy as two title hopefuls face off as AC Milan hosts Juventus. It would come as no surprise to see either of these former Serie A title winners go all the way and lift the trophy again at the end of this year. But to give themselves the best possible chance of achieving that, they must win on Saturday in a fixture that will play out before a capacity crowd with millions more worldwide watching the action live on television and through live streaming apps available on your smartphone.

Victory on Saturday gives one team a vital three points, moving them up the pecking order and into the prize places. But there’s also the added advantage of being able to damage the chances of a rival in the process. Winning this match not only improves the victor’s chances of lifting the trophy, but it also takes the legs away from the loser, knocking them down a peg or two. This game is set up perfectly, and we are confident the action will live up to the promise.

Milan must make up ground

AC Milan enter this match as the hot favourites, with most pundits following their recent form and the added advantage of playing at home. They will be backed by a sizable crowd inside the stadium, and the players will be eager to start the match well, feeding off the atmosphere and encouraging supporters to back them throughout the 90 minutes. Milan looks to hold all the aces ahead of this match, but when checking the stats associated with this match, we note the head-to-head fixtures are dead against them.

As you will already know, AC Milan and Juventus are two of the biggest names in Italian football, so it’s no surprise to learn they have met more than a few times in high-stakes games before. That experience and familiarity with how the other club is expected to approach this match should allow both coaches to down to business. There will be no feeling out, period, with both teams eager to go on the attack from the first whistle. AC Milan aims to break the deadlock as early as possible and then swarm their opponents, while Juve knows the longer this match remains goalless, the more pressure the home players will feel from the stands.

There has been little between the rivals in recent times, and they played out a pair of draws from two games last season. The first meeting saw Juventus play host, but they couldn’t make it count, held to a 1-1 finish in a game they were expected to win. The Old Lady returned the favour when visiting this arena back in January, denying their hosts and keeping a clean sheet to snatch a share of the spoils. The last player to score in this fixture was Ante Rebic, but that was over a year ago.

Juventus enjoyed almost a decade of dominance over Italian football, but since Cristiano Ronaldo returned to Manchester United, they have struggled. The Old Lady haven’t won the league in two seasons, and if their early form is to be trusted, it’s unlikely they will get their hands on the prize this term. There is still plenty of football to be played, however, and any follower of Italian football knows Juventus shouldn’t be written off, especially this early in the season.

Despite their experience of winning trophies and fighting back to silence their critics, the visitors arrive in Milan on a poor run of form that has seen them win just one of their last four at this level. That poor run consists of one defeat and a pair of draws, and it reads like this lose-draw-draw-win. The 13 points collected by Juventus this season leaves them down in seventh, already four points off Lazio in fourth place and a worrying seven points behind Napoli, who look good enough to win it this term.

Despite taking just one point from nine available to them, Juventus arrive on the back of a timely and confidence-boosting win. They beat Bologna 3-0 at home less than a week ago in a match they were expected to win. It may have been a straightforward three points for Juve, but the players deserve credit for getting the job done and the manner in which they killed the game off early. We saw goals from Kostic, Vlahovic and Milik inside the first hour of play, and the match was over as a contest, almost before it had begun.

AC Milan is the home team, which is expected to make all the difference. In addition to the backing of their vocal support, Milan also has the better recent result of the two teams involved in this game, winning three and losing one of their last four. They won last time, have four more points on the board than the visitors and sit just three points off the pace set by Napoli.

Juventus know anything less than three points would prove to be another huge blow to their chances of winning the title back this spring. It’ll take a season-best performance from them to win this match and get their season back on track.

Make sure to bet on AC Milan v Juventus with 22Bet!