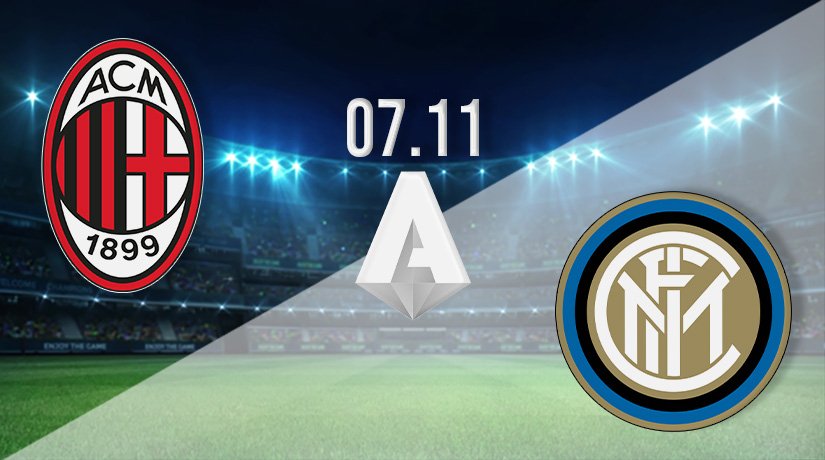 Followers of Italian football are in for a treat on Sunday when two huge teams clash in Serie A. The Milan Derby is one of the biggest and most famous fixtures in football, and the renewal is scheduled for 19:45 GMT. The stadium will be packed to the rafters as both teams aim to win the three points up for grabs and enhance their chances of winning the title this season. Millions more will be watching the match around the world live on television, hoping this game lives up to the hype.

This is the main attraction of the weekend and it goes in the primetime slot for Italian football. Programmers knew exactly what they were doing, ensuring the play gets the attention it deserves. There have been many fascinating Milan derbies over the years but this promises to be one of the most special. Both AC and Inter believe they hold legitimate claims to the title this season and will want to prove it by winning this match, collecting three points and damaging the chances of a major rival all in 90 minutes.

These rivals met three times last season in the league and cup, with those games producing a total of nine goals, exactly three scored in each fixture. AC won the first match by a 2-1 scoreline in the league before Inter nicked a 2-1 in Coppa Italia. The most recent running of the Milan Derby ended in a 3-0 win for Inter back in February of this year. The stats show both teams have scored in three of the last four renewals, and with both sides chasing the win, we could enjoy a few more goals in this game.

AC Milan started the weekend sitting second in Serie A behind current leaders Napoli who were faultless during the opening exchanges of the campaign. The league leaders are one of only two unbeaten teams in Serie A with the other being AC Milan who set-up with a league record showing 10 wins against one draw with 25 goals scored and 10 conceded. Milan trail Napoli on goal difference alone at this stage, despite scoring two more than the current pacesetters. It’s in defence where AC has struggled, conceding 10 goals to the three of their rivals.

The official home team for this game are on a stunning run of form and have won each of their last five, collecting a maximum of 15 points. They already enjoy a seven points gap over the chasing pack, which is led by Inter Milan, meaning if AC Milan wins again here, they will stretch their advantage to double figures and help make the title race a two-horse race. It’s still very early in the season, and there’s lots of football to be played, but we can already write off the chances of Juventus, who are down in midtable, already 16 points behind the leaders.

AC Milan secured some important wins in the league last month, including 3-2 victories back to back against Atalanta and Hellas Verona. They also hammered Bologna 4-2 away from home before edging Torino 1-0 at this venue and beating Roma 2-1 on the road last weekend. The winning run will please fans, but the coaching staff will be eager to see the players finish teams a little quicker and stand firmer in defence. A home win without conceding would send out the perfect message on Sunday.
BET ON MILAN DERBY WITH $100 BONUS

Inter Milan know they must win

Inter Milan started the season as champions of Serie A after a remarkable run last season. With the well-documented problems at Juventus, many pundits and Italian football experts predicted Inter would go on to enjoy a period of dominance. They certainly started the campaign as a team determined to make it two in a row, but things have levelled off in recent weeks, and the champions have been unable to keep up with the ferocious pace set by Napoli and AC Milan. They are behind and in danger of drifting further out to sea. A win here is a must, and everyone at the club knows it.

Inter started the weekend sitting third in the league with their season stats so far showing seven wins and three draws against one defeat, scoring 28 goals while conceding a dozen. They have collected 24 points which puts the champions closer to Fiorentina in seventh place than they are Napoli in the top spot. The stats also show that Inter are the league’s leading scorers but have conceded more than Torino, who can be found way down the pecking order in the bottom half of the division. Inter are another side that has no problem scoring goals but are leaking too many, and that must change.

Their last five league games consist of three wins, a draw and a single defeat, but they are unbeaten in their last three, taking seven of the nine points available to them. Inter followed a hard-fought 1-1 draw against Juventus at home with a pair of 2-0 wins over Empoli and Udinese. That suggests the team may have turned a corner and improved their defence, and fans will be looking for more evidence of this against AC Milan. A derby win is a must to keep Inter Milan in the running for the title.

AC Milan could afford to lose this derby and will still be in a commanding position to win the league, but this is an all or nothing, must-win situation if Inter Milan want to avoid the hurt of falling 10 points off the pace set by their derby rivals. AC Milan are a team in fine form, enjoying a stunning winning run and pushing Napoli hard for pole position, eating into the lead created by their strong start.

Inter Milan haven’t been anywhere near as consistent as AC Milan so far, but all the pressure is on them to win here. They do take confidence from those two wins to nil in their last pair of league games, and those camped inside the away dressing room will want to come out and make a statement. They’ll plan to attack AC Milan from the first whistle and upset the flow and rhythm of the form side.

Make sure to bet on AC Milan v Inter Milan with 22Bet!