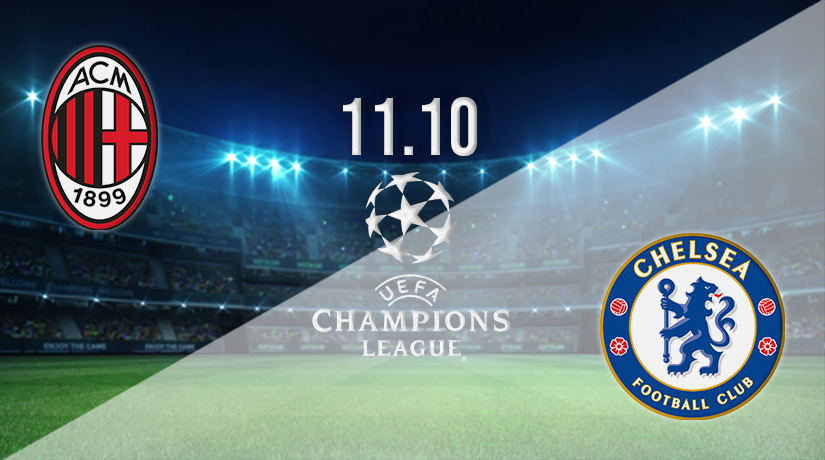 Action from the UEFA Champions League returns to our television screens, and live streaming feeds this midweek as we enter round four of the group stage. Many of the pools have already taken shape, with the strongest teams fighting their way to the head of the field, leaving the weaker sides scrambling to fight for position behind. In Group E, we have a fiercely competitive set with just two points standing between the leaders Red Bull Salzburg and the bottom club, Dinamo Zagreb. There’s still all to play for.

In this article, our team of football content writers and pundits offer their take on the match taking place in Italy, where Serie A hosts the English Premier League. AC Milan enjoys the home advantage and will be eager to make that count when Londoners Chelsea arrive from Stamford Bridge. Victory could send one team to the front of the race while dropping the loser to the bottom of the pool. But which team will get the desired result?

We can take a clue or two on how this match might play out by looking through the trends from past meetings. AC Milan and Chelsea have met six times, and there isn’t too much between the sides on the head-to-head scores. Chelsea has a slight advantage over the Italians with two wins against their name, while AC Milan has managed only one. Half of the previous six meetings have ended in a draw, with three of the last four ending all square. Chelsea does trip confidently, however, having hammered AC Milan 3-0 in the UK last week.

Milan stumble to their first defeat

AC Milan enters this match sitting in third place in the group, but with everything still to play for at the halfway stage of the campaign. The Serie A side brings an even split of form, reading draw, win, loss, leaving them with four points on the board. That’s just one point more than bottom club Dinamo Zagreb and a point less than the current pool leaders Salzburg. This group will go down to the wire, and results on week four will be crucial.

Milan opened their push for knockout football with an opening night draw in Salzburg, which, given how the results have gone since, that was a decent result. That 1-1 finish in Italy was followed by the 3-1 thumping of Dinamo Zagreb when last at this venue in the Champions League. It was a match Milan were hot favourites to win, and they had no problems living up to the hype, but the players deserve full credit for how they went about their business.

AC Milan was last seen in action on European duty when losing 3-0 at Stamford Bridge against Tuesday’s opponents. Milan was expected to, at least, hold their own in the UK capital but were blown away by a rampant Chelsea. The Blues were in form that evening, scoring inside the opening 25 minutes of the game and then tying things up inside the hour. AC expects much better, and their fans won’t stand for the same poor efforts here.

When dropped into Group E, Chelsea found themselves as the pre-tournament favourites to win the set and progress to the next round. They haven’t exactly set the heather alight so far, but the Londoners remain in the running and know that back-to-back wins over AC Milan – thought to be their main rivals for top spot in the pool – would see them pull clear. This is a fantastic opportunity for Chelsea to take control. Will they make it count?

The visitor’s form isn’t any better than that of their opponents, with their three games reading lose, draw, win. They opened with the shock of week one when suffering defeat away to Dinamo Zagreb, who has since dropped to the foot of the table following back-to-back defeats. That was a start to forget, but thankfully, the English side is unbeaten since, taking four of the last six points that have been available to them.

That turnaround began with a 1-1 draw at home against Salzburg before a stunning 3-0 win over AC Milan in London. That was an upset for the odds as, although Chelsea were the favourites, no one saw that kind of performance coming. Since hammering AC Milan 3-0, we’ve seen Chelsea in action just once, and it was another winning performance, beating Wolves 3-0 in the Premier League on Saturday. Interestingly, Chelsea scored six goals in their last two starts, each credited to a different player.

AC Milan understands they must bounce back to winning ways if they are to stand any chance of winning this group. Defeat to Chelsea in midweek on Italian soil would hand the advantage to the EPL giants, leaving Milan to scrap it out with Salzburg for second place. The outcome of this match will shape the remainder of the group, and the home team know what needs to be done.

Chelsea picked the perfect match to get off the mark, and if they can do the double over their opponents, winning in London and Milan, it would push them into a promising position. The Blues showed last week they have the measure of their opponents, and if they perform anywhere near that level again here, it should be enough to secure three important group points.

The pre-match betting odds available at 22bet has AC Milan trading at 3.09, with Chelsea available at odds of 2.264 and the draw 3.46. You must be a registered member with 22bet to gamble on the outcome of the match, but there are many other options available.

Have your say on both teams to score, handicap, half-time/full-time, total goals and more. All this can be done at the click of a button on your desktop computer or smartphone.

Make sure to bet on AC Milan v Chelsea with 22Bet!