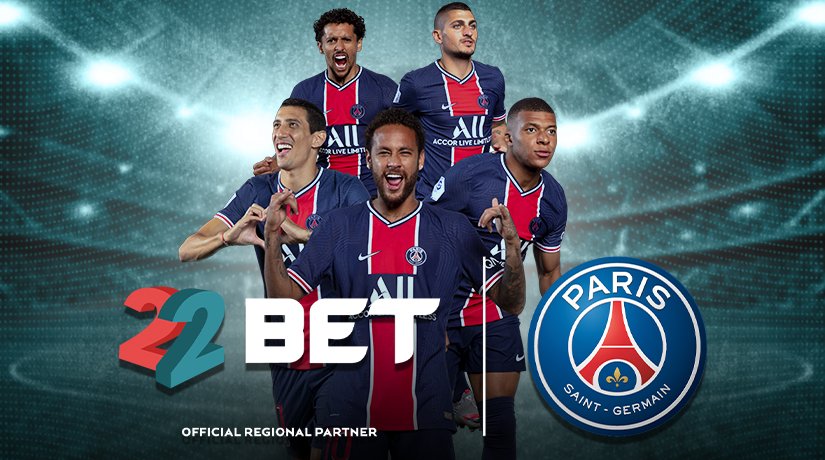 22BET has entered a two-year strategic partnership with Paris Saint-Germain, France’s most illustrious and legendary football club. In doing so, 22BET became PSG’s first-ever African online betting partner. As part of the partnership agreement, 22BET will receive exclusive marketing rights, including the ability to have its special offers promoted on the club’s social media platforms and to have its logo shown to African viewers during PSG’s home games at Parc des Princes.

Paris Saint-Germain is one of the best football teams in the world and by far the strongest club in France. Domestically, PSG have won a total of nine Ligue 1 titles, thirteen French Cup titles, nine League Cup titles, and nine Champions Trophies. The club has also been competitive on the European stage, having won a UEFA Intertoto Cup and a UEFA Cup Winners’ Cup. In late August, Paris Saint-Germain played in the finals of the UEFA Champions League.

The deal serves to highlight 22BET’s and Paris Saint-Germain’s unparalleled dedication to both the game of football and the African sports market.

“The fast-growing presence of the club worldwide will help us further promote our brand in the African region,” commented Olatunji Idowu, director of 22BET Africa. “Like Paris Saint-Germain who works hard as a club to innovate to give the best experiences to its fans, we are providing the best gaming experience to our users.”

He further stated that the partnership is a perfect match because both organizations are in a never-ending search for excellence and aim to be leaders in their respective fields.