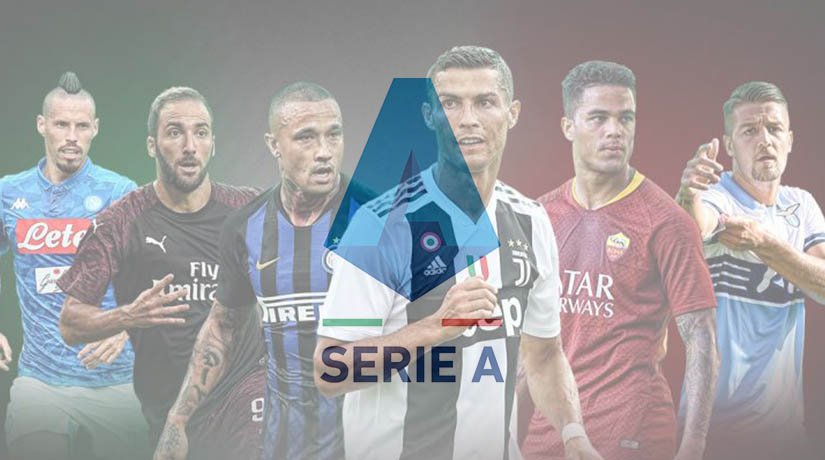 Serie A Returns on June 20: State Of Play In The Top Italian League

Fans of Italian football have been left without Serie A action since the 9th March. However, action in Italy is set to resume from the 20th June after Vincenzo Spadafora has given the green light on proceedings. Gamblers will be delighted with the announcement as there is still so much to play for in Serie A, with one of the tightest title races in recent seasons set to grab all the headlines.

Current Standings In Serie A

The race for the Serie A title was left on a knife-edge when play was suspended. Juventus are looking for a ninth straight domestic title. Inter Milan were believed to be their closest rivals, but Antonio Conte’s side had fallen off the pace after losing their previous two games before the suspension of play. Juventus’ biggest threat will come in the form of Lazio, who have lost just two games all season. The difference between the two sides is currently one point.

Inter Milan look to have secured their place in the Champions League for next season as they are nine points clear of AS Roma. However, there is still a chance that Roma could catch Atalanta. There are just three points between the two sides at present. Napoli are in sixth, and they have a three-point lead over AC Milan in the race for the final Europa League spot.

At the bottom of Serie A, Brescia and Spal already look destined for Serie A. They are currently nine and seven points away from safety respectively. Lecce have a realistic chance of avoiding relegation as they are level on points with 17th placed Genoa. These two sides are just one point behind Sampdoria and two behind Torino. Udinese could yet get dragged into the relegation battle, and they haven’t won in their previous six.

How Could Serie A End Up?

The race to secure the Serie A title will be the most intriguing aspect when the season restarts. Lazio have been in incredible form throughout the season, and if they can beat Juventus on matchday 34, then there is every chance that they will end the Old Lady’s dominance. Lazio will be the neutral’s choice of league champions, and they are currently valued at 5/2 with 22Bet.

Champions League football looks to have been secured for Juventus, Lazio and Inter Milan. However, the team that will join them in the competition will be decided in the final weeks of the season. Atalanta holds the advantage over AS Roma, and their form before the break in place would indicate that they are good value at 2/13 with 22Bet to finish in the top four.